Malware authors continue to look for innovative techniques to spread malware and infect users’ computer. This year, exploit kits were one of the most common methods of infection used by cyber criminals to execute malicious code and take control of PCs and systems. During the past week, various exploit kits turned their attention towards Microsoft Office vulnerabilities. For those who are unfamiliar with this terminology, exploit kits are computer programs designed to detect vulnerabilities in browsers, operating systems and other apps such as Adobe Flash or Microsoft Office, and use them for further malicious activities. They are mostly used in the first stages of a cyber attack in which the attackers scan your system, exploit the vulnerabilities and install malware on the victims’ devices. These type of attacks in which online cyber criminals deliver malware by injecting malicious code into documents and tricking users to open and possibly enable macros in the Microsoft Office package have been on the rise in 2017. The “Word Silent Exploit” is one of the malicious tools that took advantage of two remote code execution (RCE) vulnerabilities existing in Microsoft: CVE-2017-8759 and CVE-2017-11882. Hackers targeted these vulnerabilities which allow them to control the exploited system via a malicious Word document. Here’s how the interface of this tool looks like: 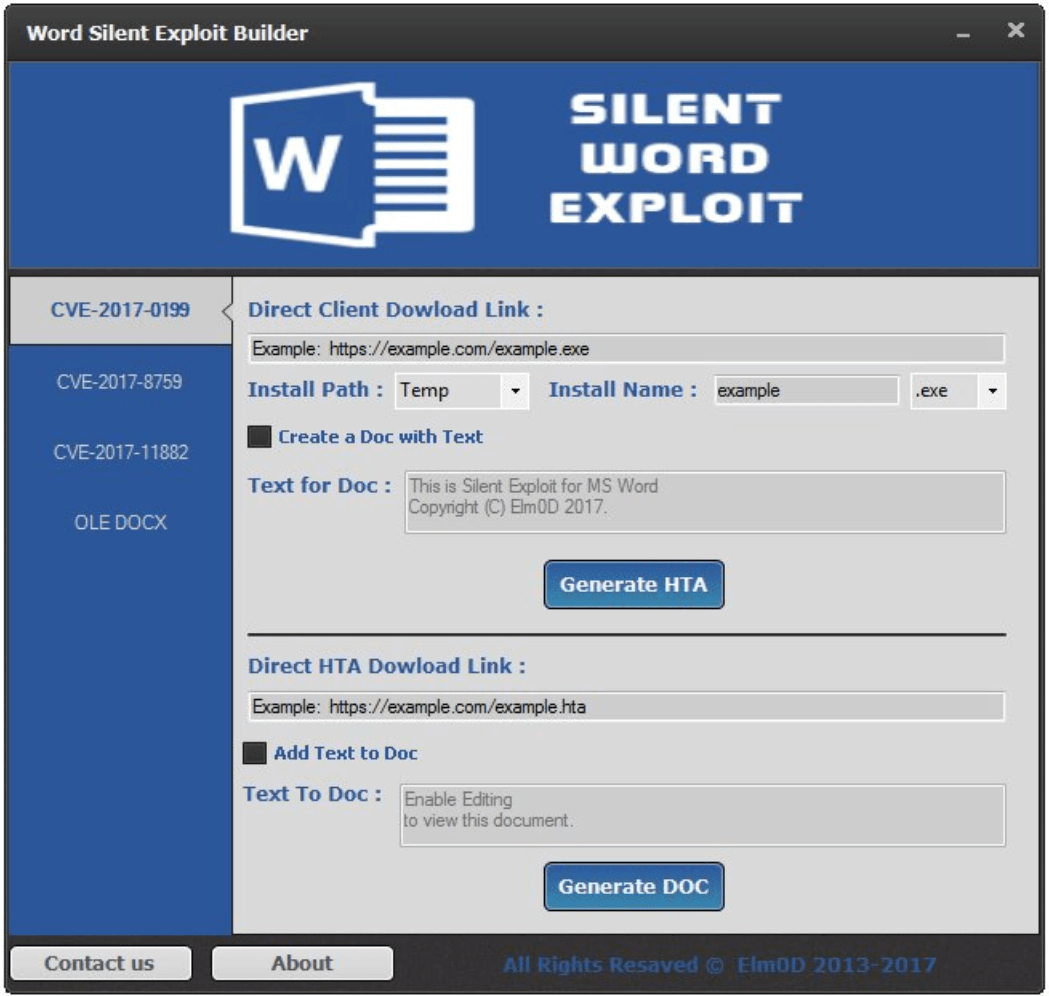 Basically, more payloads can be created, which are actually the elements of the malware that perform the malicious action. These payloads will then proceed to apply what they’re programmed to do: collect users financial data and encrypt their sensitive data. The most recent version of this tool is v4.4 and is hosted to a C&C server (sanitized for your safety) on elmod [.] Zapto.org, which is registering the tool for, most probably, malicious purposes. These tools are published and sold via the website (sanitized for your protection) http: //www.elm0d [.] Tk / A quick Google search for the “Word Silent Exploit Builder” will reveal more malicious versions of this tool. Additionally to this “Silent Word Exploit” tool, there are other malicious programs, such as a RAT(Remote Access Trojan) called “EyeSpy” and “Backconnect RAT”, aimed at delivering malicious payloads and inject malware inside Office documents. For this “Word Silent Exploit Builder” program, VirusTotal indicated a low detection rate for AV engines, and only 5 engines  of 68 AV products were detecting the malicious file. 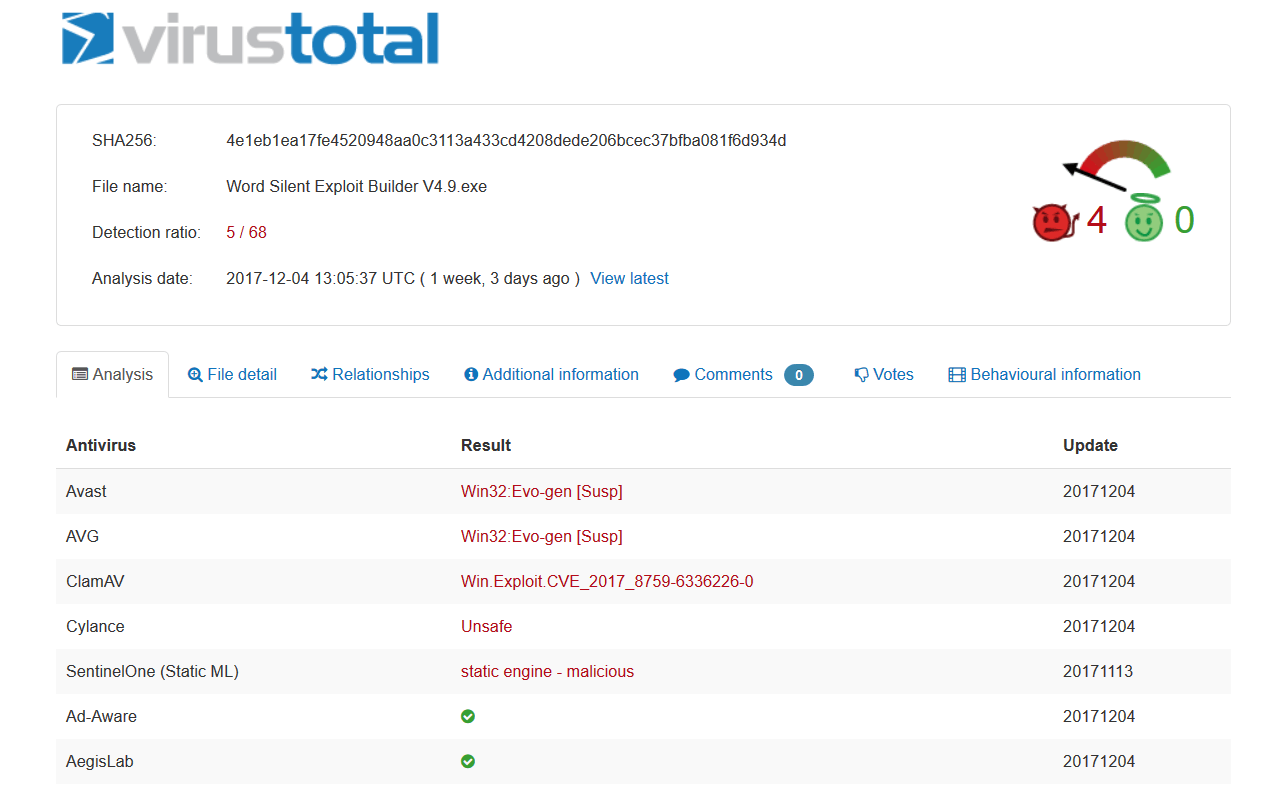 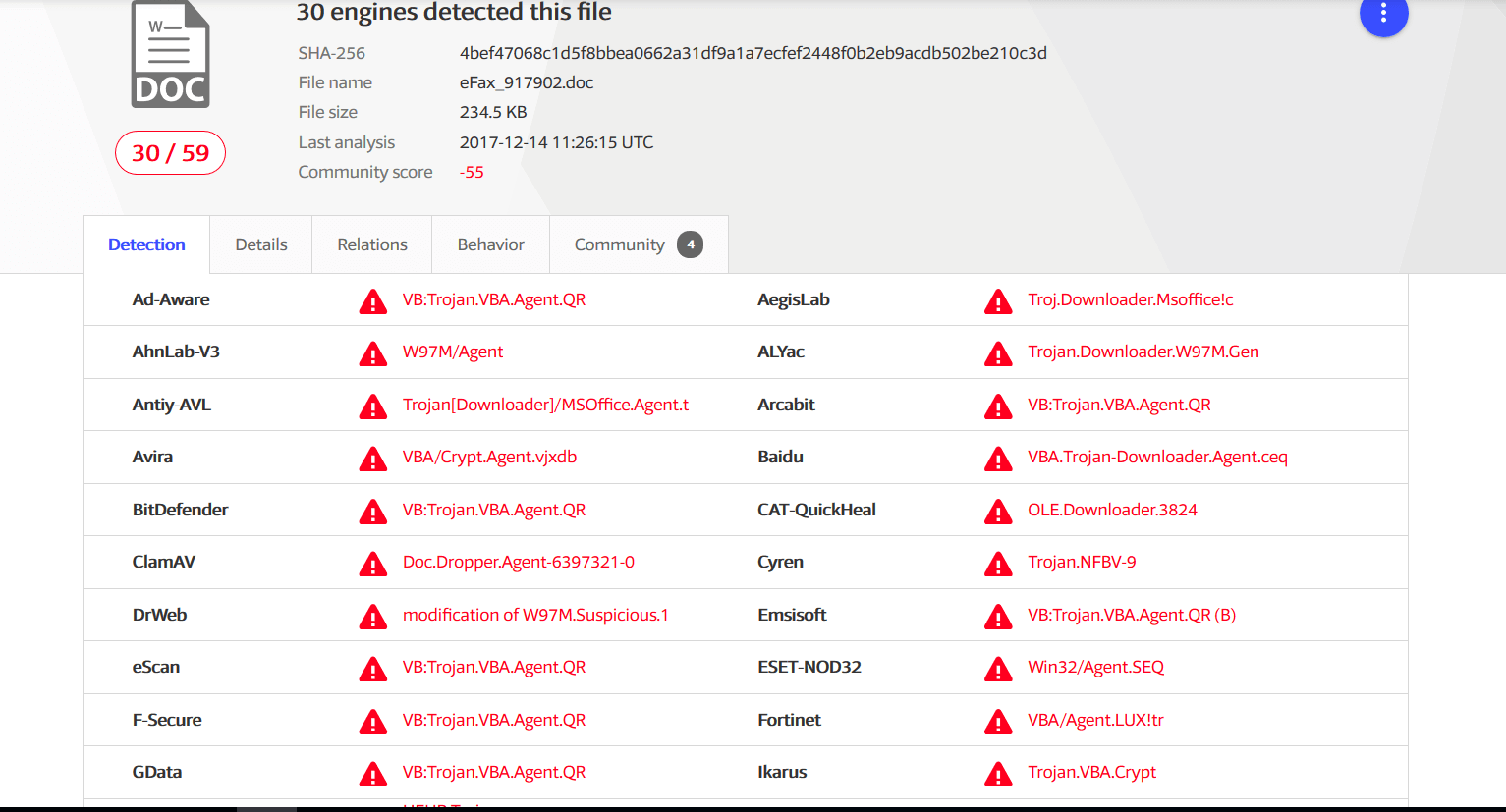 How to protect yourself from exploit kits

Exploit kits may provide capabilities for malicious actors to remotely control the exploited system or application, allowing attackers to create a platform for different malicious activities. The worst part is they often go undetected by traditional antivirus products and you need another security layer of protection to better fight against them.

Once again, we emphasize the importance of being proactive and taking all needed security measures to protect your valuable data. Stay safe and don’t click on suspicious links or documents!