This Comes After, in 2021, Law Enforcement Agencies Shutdown Many Ransomware Operations and Arrested Some of Their Members.

Ransomware gangs have been forced to reduce their targeting scope and increase the productivity of their attacks as a result of the last year’s many law enforcement operations that resulted in the arrests and takedown of notorious ransomware campaigns.

Although prominent members of some well-known ransomware groups have been detained, most of the notorious Ransomware-as-a-Service (RaaS) gangs keep operating, perfecting their strategies for maximum damage.

Coverware, an organization that helps businesses remediate ransomware, released an analysis based on ransom negotiation data from Q4 2021, which revealed that ransomware groups are now asking for higher ransom payments rather than increasing the frequency of their attacks. 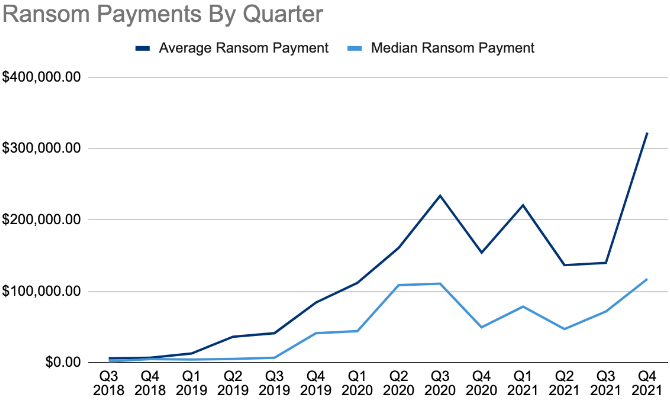 Threat actors target businesses that are large enough to pay fairly substantial ransom demands but not so large or critical to cause them more geopolitical problems than profits.

In terms of personnel count, it appears that organizations with more than 50,000 employees have encountered fewer attacks, as threat actors have chosen to target mid-sized businesses. 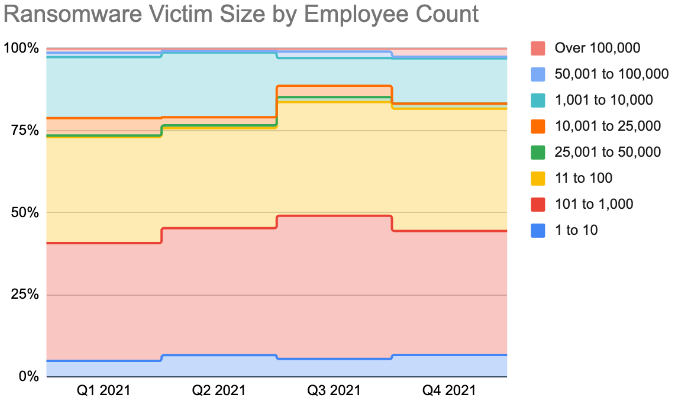 Although medium and large organizations continue to be impacted, ransomware remains a small business problem with 82% of attacks impacting organizations with less than one thousand employees.

Given that the top three ransomware gangs use double-extortion methods, it’s not surprising at all that 84% of all incidents in Q4 also included theft of private information.

The Most Common Ransomware Gangs in Q4 2021 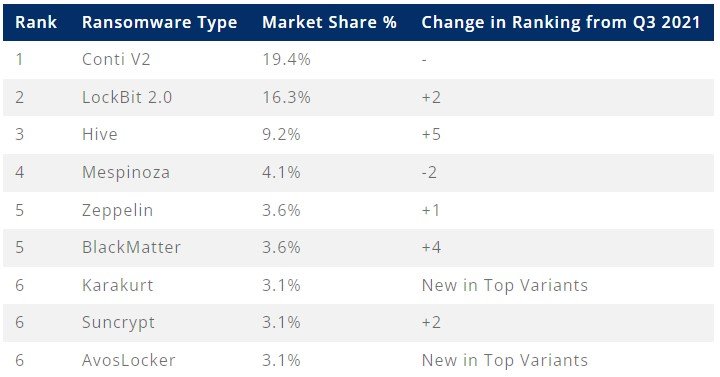 Besides statistical data on cybercriminals’ behavior, Coveware collects information on actors’ tactics, techniques, and procedures (TTPs) leading up to ransomware deployment, Here are the top 5 from 2021:

Another significant shift in strategy relates to the initial compromise vector. As ransomware actors turn their attention to abusing security flaws, RDP access, which was once a widely-bartered item on the dark web, is continuously dwindling.

In the fight against ransomware, Heimdal Security is offering its customers an outstanding integrated cybersecurity suite including the Ransomware Encryption Protection module, that is universally compatible with any antivirus solution, and is 100% signature-free, ensuring superior detection and remediation of any type of ransomware, whether fileless or file-based (including the most recent ones like LockFile).