What Is an Intrusion Prevention System – IPS?

An Intrusion prevention system (IPS) is an automated network security tool that continuously monitors your network traffic stream, to detect and prevent threats and malicious incidents.

The main functions of an IPS are to gather and log essential information, detect suspicious behavior, attempt to stop the activity and finally report to system administrators. 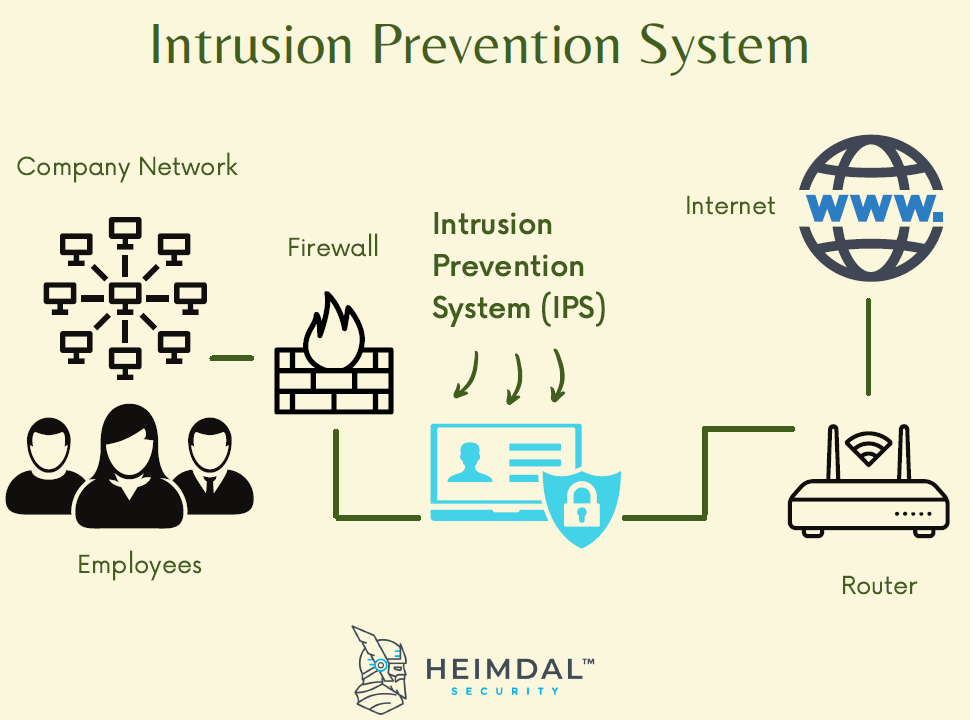 IPS systems can be classified into several major types:

Detection Methods used by an IPS

When it comes to intrusion countermeasures, an intrusion prevention system can:

What Is the Difference between IDS and IPS?

IDS stands for Intrusion Detection System and refers to devices or applications that monitor networks or systems looking for malicious activities or policy violations.

The main difference between an IPS system and an IDS system is that:

Moreover, an IDS system requires a human or another system to look at the results it finds, while an IPS system requires its database to be continuously updated with the new threat information.

Another way of classifying IDS systems is according to the detection approach:

The Key Benefits of an Intrusion Prevention System

Nowadays, companies need a pretty high level of security to ensure safe communication, and the ability to prevent intrusion by having an automated solution that can take the necessary actions with minimal IT intervention and low costs is a nice advantage.

Investing in cybersecurity is not only a necessity but also a requirement of compliance. By choosing an IDS or IPS system you will, simultaneously, gain peace of mind because your network will be safe from multiple online threats and check off a box on the compliance sheet because you’ll address a significant number of CIS security controls.

IPS/IDS solutions can help you configure internal security policies at the network level. For example, you can use it to block other VPN traffic if you support only one VPN.

Our Heimdal™ Threat Prevention can help you reduce more than 90% of the advanced forms of malicious software by stopping threats at the perimeter level. This Network Prevention, Detection, and Response tool offers complete DNS protection and is powered by our AI-driven, “Character-Based” Neural Network intelligence, using advanced Machine Learning algorithms to deliver HIPS/HIDS and IOA/IOC capabilities that detect even concealed malware.

In today’s world, cyber-attacks only become more sophisticated, so the technologies we use to prevent them must try to be one step ahead. In terms of network protection, IPS security can help you achieve this.

However you choose to proceed, please remember that Heimdal Security always has your back and that our team is here to help you protect your home and your company and to create a cybersecurity culture to the benefit of anyone who wants to learn more about it.