Thor Foresight, available for both Home and Enterprise users, is a proactive cybersecurity solution, engineered to offer protection against even the most advanced malware, such as financial and data-stealing malware. What it does is both filter cyber threats before they reach your system as well as automate patch management to close all security holes in a computer system. 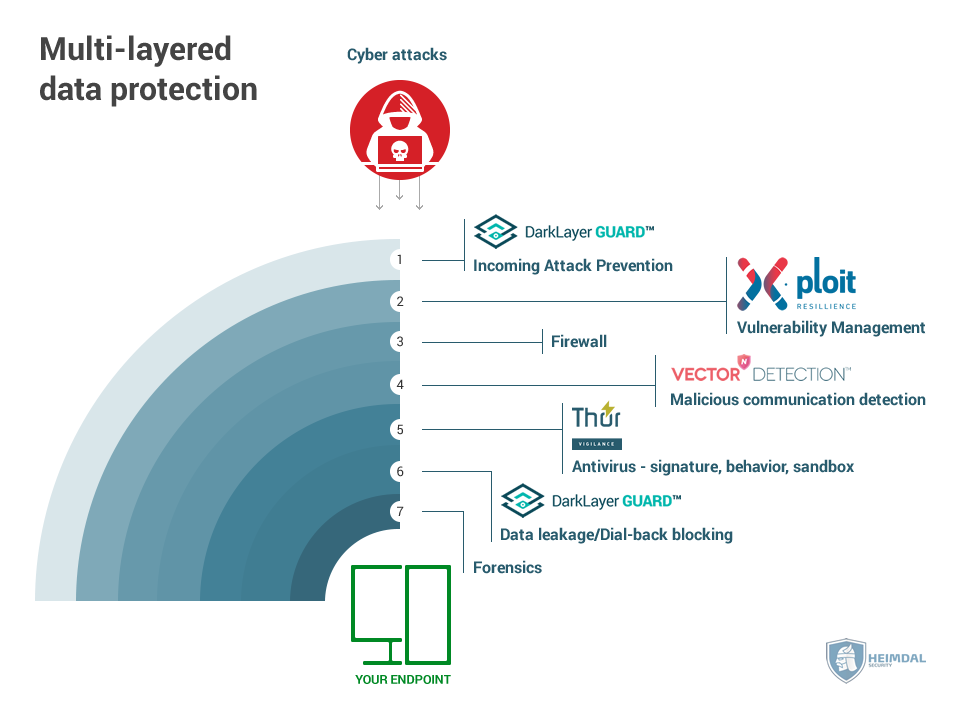 How is Thor Foresight different from a traditional Antivirus?

Thor Foresight does not work like a traditional antivirus but rather complements it. It is focused on proactive Internet security, while a standard antivirus is focused on reactive security.

Reactive security measures leave you exposed to major risks. We are all familiar with the saying “Prevention is better than cure” originating from medicine and cybersecurity is no exception. Proactive security outweighs reactive security and has long term benefits.

Did you know that over 80% of breaches happen due to poor patch management?

Thor Foresight, by using X-Ploit Resilience, gets the patching done anywhere in the world. It automatically applies and reapplies necessary patches, so you save time and increase your overall security level.

Thor Foresight is fully compatible with any Antivirus solution

Thor Foresight works with all antivirus software since it does not overlap with any of their functions.

Antivirus products provide threat detection and mitigation based on code, while Thor Foresight is based on traffic filtering. Foresight offers attack or leakage prevention capabilities and traffic layer and vulnerability prevention layers.

Other antivirus software focus on scanning file and memory for resident threats and code injection after the malware has penetrated.

Here is a list of confirmed AV partners which are guaranteed to work well with Thor Foresight.

If your antivirus is not listed below, please contact us so we can tell you exactly how the two can work together.

With both software solutions installed on your computer, more security vulnerabilities will be closed and you’ll increase your online security and privacy.