Threat Actors Aim to Deploy Monero Cryptominers Among Other Things.

A new malicious campaign emerged last month having its focus on Docker servers that are not properly configured, being thus exposed to threats. Reportedly linked to TeamTNT, the cyberattacks are designed for crypto mining purposes.

A recent report from the TrendMicro researchers describes how such a cyberattack works:

The experts also provided an illustration that shows the attack flow: 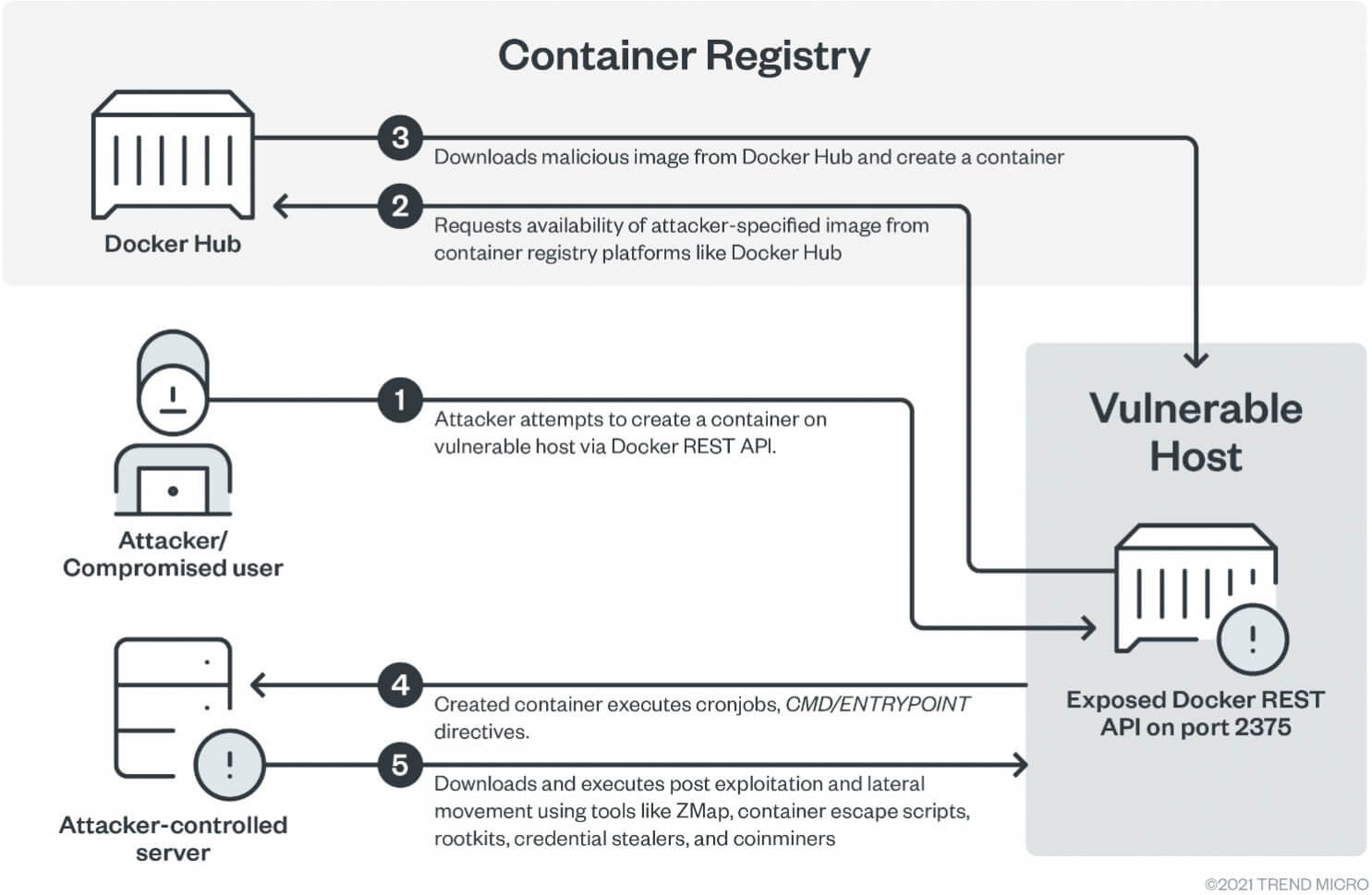 The researchers link the abusing of Docker servers with TeamTNT, a threat actor group focusing on Docker instances since 2020.

It was also mentioned that TeamTNT used Docker Hub accounts under their control too for the docker images dropping as due to this method, distribution points work better for them as these cannot be easily mapped, reported, or taken down.

Docker Systems: the Favorite of TeamTNT

According to BleepingComputer, there is a whole background over the TeamTNT’s focus on Docker systems exploitation.

In August last year, they were creating a worm for Docker and Kubernetes exploitation purposes, then in October the same year Monero mining and credentials theft features were included.

The beginning of 2021 brought also updates for the TeamTNT’s miners, meaning that upgrades based on techniques capable to avoid detection were released.

Docker is an open-source project that provides developers with an easy way to use containers, which can be used for developing and shipping software. Docker containers are lightweight virtual machines that provide the software with a level of isolation, allowing it to run in its own space on the operating system.

Heimdal™ is always up to date with the latest cybersecurity trends and so are its solutions. We are not the only ones who say this: our stunning Threat Prevention has been just designated “Best Cloud-Delivered Security Solution of the Year” working on preventing hidden cyber threats compromise your networks and endpoints. Combining Machine Learning, cybercrime intelligence, and prevention based on artificial intelligence, Threat Prevention makes for the best product that lets you stay away from cyber threat scenarios.