The malicious document that infects your system with data-stealing malware

How the infection happens

If the document in question is opened, it will use macros to retrieve Dridex malware from the following locations (sanitized by Heimdal Security): hxxp: // tgequestriancentre [.] co.uk/708/346.exe hxxp: // sudburyhive [.] org / 708 / 346.exe hxxp: // werktuigmachines [.] be / 708 / 346.exe hxxp: // colchester-institute [.] com / 708 / 346.exe These are compromised webpages which return Dridex. The Dridex malware is run in the memory, never dropping a single file onto the hard-drive. This reduces the payload’s footprint on the user’s system and it provides a very low detection rate for traditional security products, such as antivirus. As we can see from the VirusTotal page, the detection rates for this infostealer is extremely low: 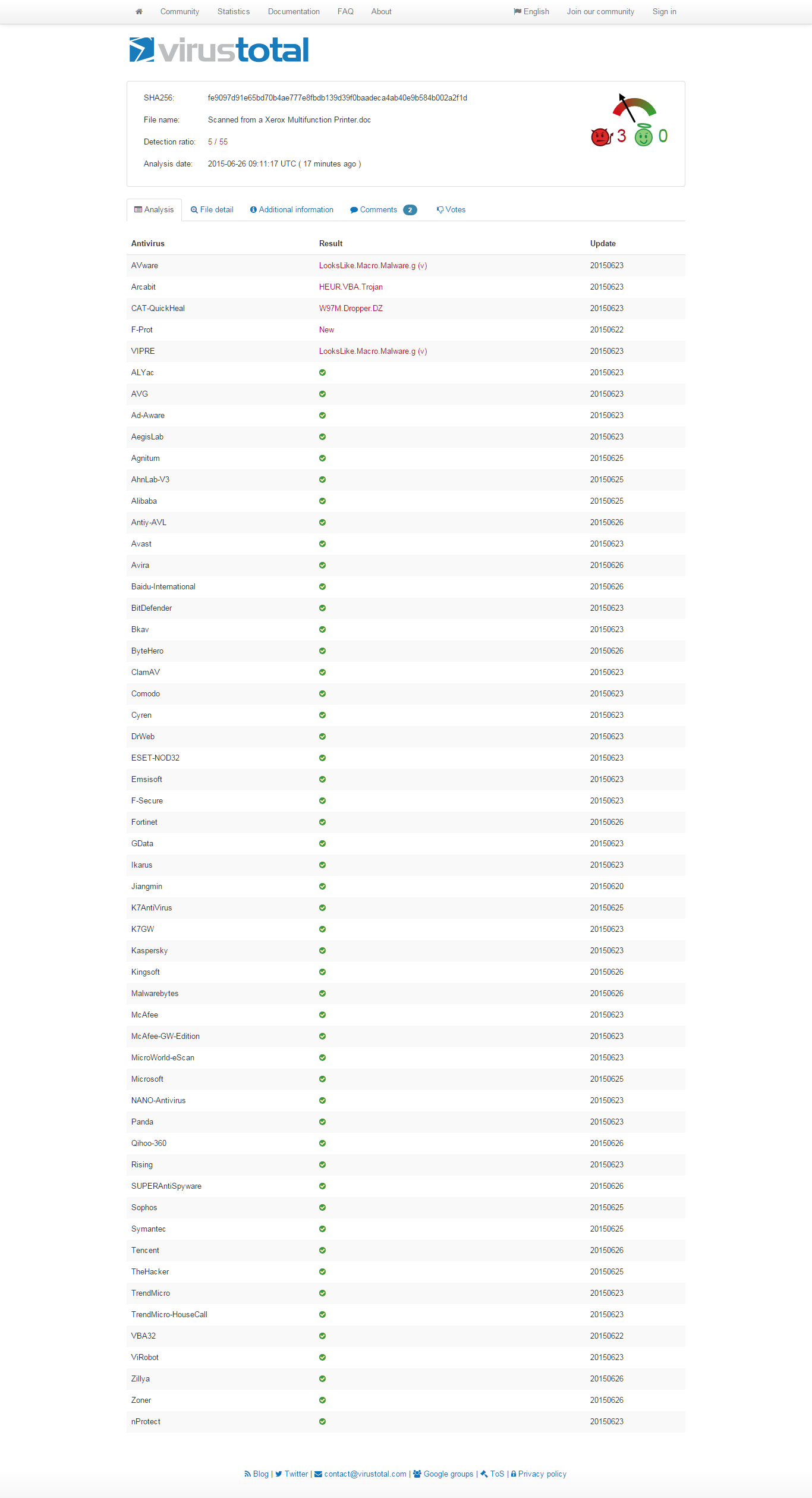 Dridex is a strain of banking malware that leverages macros in Microsoft Office to infect systems. Once a computer has been infected, Dridex attackers can steal banking credentials and other personal information on the system to gain access to the financial records of a user. Dridex is an evolution of the Cridex malware, which itself is based on the ZeuS Trojan Horse malware. According to security firm Trustwave, the Dridex banking malware initially spread in late 2014 via a spam campaign that generated upwards of 15,000 emails each day. The attacks primarily focused on systems located in the United Kingdom.

UPDATE [August 20 2015]: A few days ago, the group behind the Dridex botnet launched several spam “spray & pray” campaigns against arbitrary email addresses. The unsolicited email arrives with the following contents: From: [spoofed / fake return address] Subject Line: Notification [random numbers and letters] Attached: 72O99GWS9.doc The attached document contains macros, which, if activated by an unsuspecting user when received, will enable the payload. The payload will connect to the following URLs from which it will download Dridex (sanitized by Heimdal Security): http://www.glamourstylistas [.] com / administrator / components / com_joomlaupdate / 777763172631572.txt http://www.glamourstylistas [.] com / administrator / components / com_joomlaupdate / rara.txt -> https://www.dropbox [.] Com / s / 7elbruw7mwn8oj4 / sfa3xaf.exe? Dl = 1 It’s important not to forget that Dridex is a sophisticated infostealer that systematically harvests data from infected machines. The compromised machines are then bound into a P2P based botnet, where they continue to transmit the collected data. Anti-virus detection for this campaign is low. 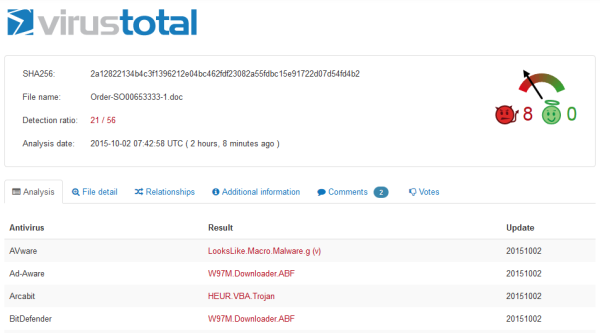 We advise online banking users to take all necessary security measures to ensure the protection of the confidential data and financial resources. Keep in mind to:

Read and apply the 15 Steps to Maximize your Financial Data Protection.

Dridex was first spotted in November 2014, followed by spam campaigns in March, April and May this year. An article on the evolution of Dridex was recently published on the FireEye blog.