A new malware has emerged on the threat landscape scene. Dubbed MasterFred malware, this is designed as an Android trojan that makes use of false login overlays to target not only Netflix, Instagram, and Twitter users, but also bank customers. The hackers’ goal is to steal credit card information.

How Does MasterFred Malware Work?

According to BleepingComputer publication, MasterFred malware stands out through some specific characteristics:

We can say that at least one application was delivered via Google play. We believe that it has been removed already.

More exactly, cybercriminals use false Android applications resembling Netflix, Instagram, or Twitter and incorporate MasterFred inside them. A user will then try to create an account that will further require a username, password, and financial info.

Avast researchers analyzed this malware and how the cybercriminals implement the overlay attack by using the default Application Accessibility on Android. 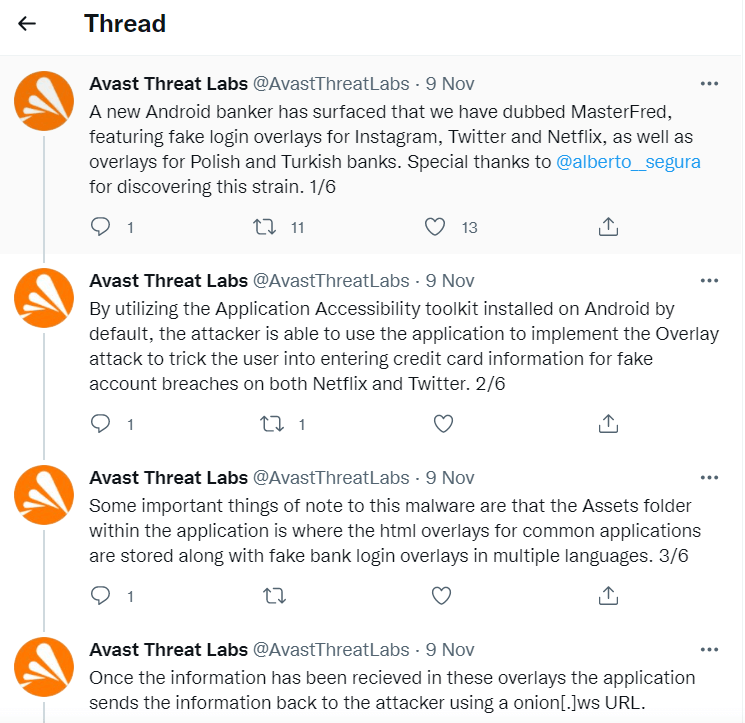 In the same Twitter thread, there are also Indicators of Compromise (IOC). Among others, one can find there, CC server domains and sample hashes of MasterFred malware.

The MasterFred Malware: Some Background

As the same publication mentioned above says, the submission to Virus Total of the first sample of the malware took place in June 2021. Then Alberto Segura, a malware analyst, has recently submitted another sample, showing how MasterFred targeted Poland and Turkey Android users. 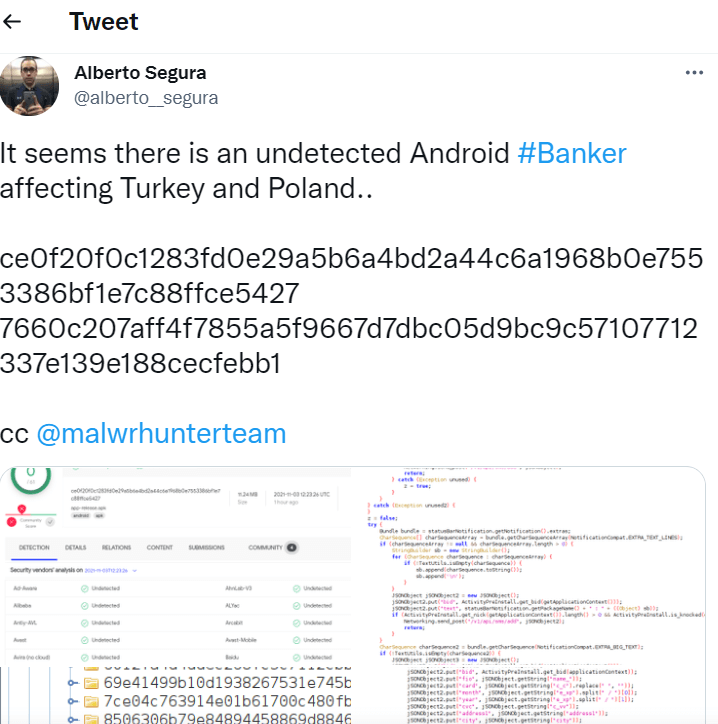