Sensitive Information Belonging to 69.400 Customers Were Hacked and Sold on the Dark Web.

Initially, it looked like the breach was a VPN backup database leak, but it’s now clear that the LimeVPN website was attacked and this event was a full-blown website breach.

The LimeVPN website was taken down by a hacker, and over 69.400 user records were stolen with the entire contents of the LimeVPN’s website server, including usernames, passwords, and payment details, which are now being sold online to the highest bidder.

What Does the Leak Include?

The researchers from Privacy Sharks managed to contact the hacker and were able to reveal the fact that the scraped data includes everything from LimeVPN’s database:

The hacker revealed that they got their hands on LimeVPN’s data through a security breach and no human factor was involved. 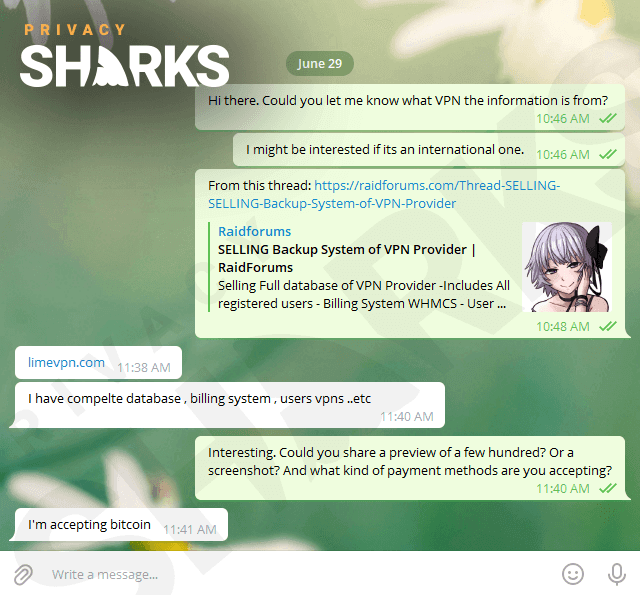 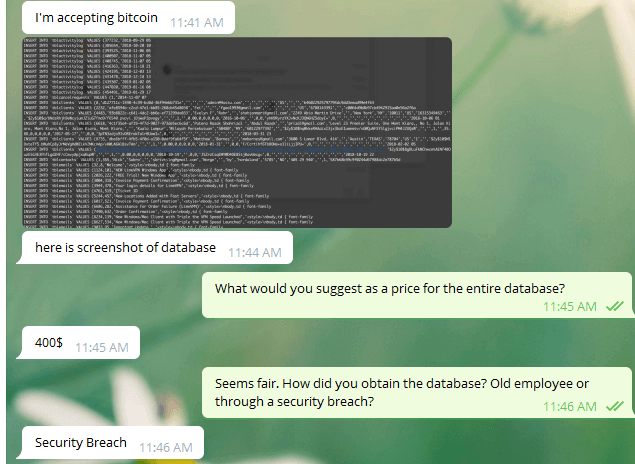 The hacker was asking for a $400 Bitcoin payment for the entire contents of the database.

LimeVPN, like many other VPN providers, is advertising a log-less service, this meaning that it doesn’t track its users or keep personal data on them, but just by noticing the existence of the stolen records and database makes us wonder if these claims are true.

It is not entirely clear from the data we were provided if LimeVPN is collecting usage or connection logs from their users.

And we were not willing to pay the $400 in Bitcoin to see all data. Nonetheless, this incident looks to be a major blow to the VPN service’s reputation.

This situation is putting LimeVPN in an unpleasant situation as VPN providers make their money by reassuring their users that their data will remain private and secure, therefore the fact that LimeVPN had its entire database scraped in a security breach will without a doubt have a damaging effect on its reputation.

Hackers can take information to build profiles on individuals, making it easier to find out more details, leading to identity theft, fraud, or scams. For this reason, it is important to be vigilant when creating online accounts with your personal details.

If you’re a LimeVPN user and fear that you’ve been affected by the attack you should be changing your LimeVPN account password and any passwords associated with the account used for payment, whilst also making sure you have the two-factor authentication on your bank account activated.

Opera VPN, VyprVPN Classified as Threats and Banned in Russia