Most Wanted Cybercriminals: U.S. Secret Service Publishes the List of the Moment

U.S. Secret Service Agency Has Recently Brought to the Public’s Attention a List with the 10 Most Wanted Cybercriminals. Data Related to Two of Them Rewarded with $1 Million Each.

Various financial cyberattacks came to U.S. Secret Service’s attention. The federal law enforcement agency has recently made public a list of the most wanted cybercriminals. 10 suspects can be found on the list, most of them from Russia or Ukraine. Besides, the agency offers $1 million rewards for two of the threat actors.

What Did the Most Wanted Cybercriminals Target?

2 of the most wanted cybercriminals, by their name Oleksandr Vitalyevich Ieremenko and Artem Viacheslavovich Radchenko, are being looked for supposedly targeting EDGAR (Electronic Data Gathering, Analysis, and Retrieval) in 2016, the BankInfoSecurity stated.

EDGAR stands for an electronic filing system implemented by The Securities and Exchange Commission (SEC) whose main focus builds upon making corporate filings accessible and effective. It is an easier way for traded organizations to send their financial statements and quarterly and yearly business reports, for example, to SEC and make public the approved data.

Oleksandr Vitalyevich Ieremenko is a financial threat actor born in 1991 with Ukrainian citizenship known for several cyberattacks since 2010. In February 2010 he, alongside other cybercriminals, performed a data breach on the Businesswire, PR Newswire, and MarketWired networks,  getting hold of more than 150,000 confidential press releases and making a $30 million profit out of the illegally stolen data. Later in 2015, then in 2019, he was charged with multiple cybercrimes including wire fraud and computer conspiracy.

Artem Viacheslavovich Radchenko is a hacker from Ukraina, born in 1992. Between 2016-2017 he recruited the above-mentioned Ieremenko and engaged in a fraudulent scheme targeting EDGAR and stole unpublished data from business reports. He was also charged with wire and computer fraud conspiracy in 2019.

Now, the US Secret Service lays $1 million rewards on the line for reliable information related to each of the two most wanted cybercriminals that will lead to their imprisonment.

The U.S. Secret Service and Its Activity on Financial Cybercrime

It might be surprising, but, besides protecting leaders and the president, the Secret Service has a huge contribution in fighting against cyberattacks in the financial world. It formed the CFTF network that targets financial cybercrimes, as explained in July 2020 by Michael D’Ambrosio, the present U.S. Secret Service Senior Executive.

The creation of the new Cyber Fraud Task Force (CFTF), will offer a specialized cadre of agents and analysts, trained in the latest analytical techniques and equipped with the most cutting-edge technologies. Together with our partners, the CFTFs stand ready to combat the full range of cyber-enabled financial crimes. As the nation continues to grapple with the wave of cybercrime associated with the COVID-19 pandemic, the CFTFs will lead the effort to hold accountable all those who seek to exploit this. perilous moment for their own illicit gain.

The publication of the 10 Most Wanted Cybercriminals list comes as a natural course of the agency’s activity in supporting the U.S. financial sector by protecting it and leading investigations on cybercrimes. Uncontrollable cryptocurrency and unlawful financial transactions are major contributing factors to the spread of data breaches on the financial market. The ransomware attacks against Colonial Pipeline Co. and JBS are good examples of these. 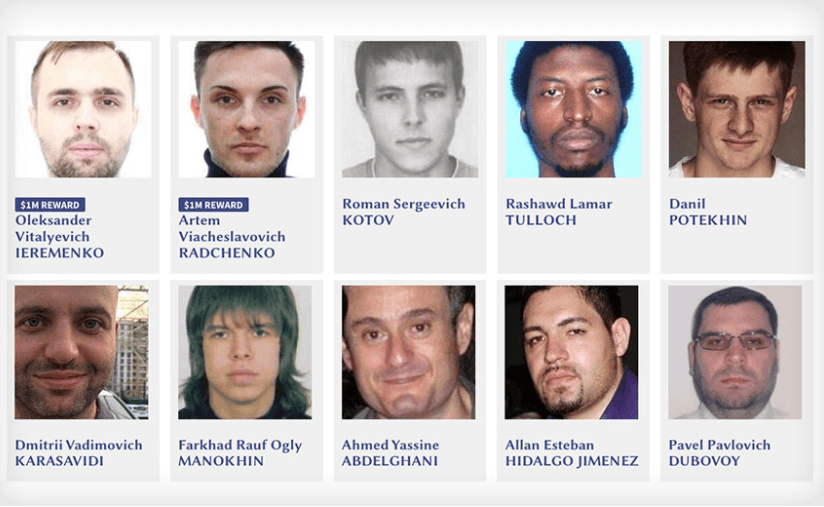 Did You Know That There Are Various Types of Online Financial Frauds Lurking in the Cyberspace?