The malware in question has not been documented previously, but it seems to be distributed through fake software crack sites and is targeting the users of major service providers, including Google, Facebook, Amazon, and Apple.

Researchers from Proofpoint named the malware CopperStealer. This is an actively developed password and cookie stealer containing a downloader feature that enables its operators to deliver additional malicious payloads to infected devices.

It looks like the threat actors behind this newly discovered malware have used compromised accounts to run malicious ads and deliver additional malware in subsequent malvertising campaigns.

How was the malware discovered? 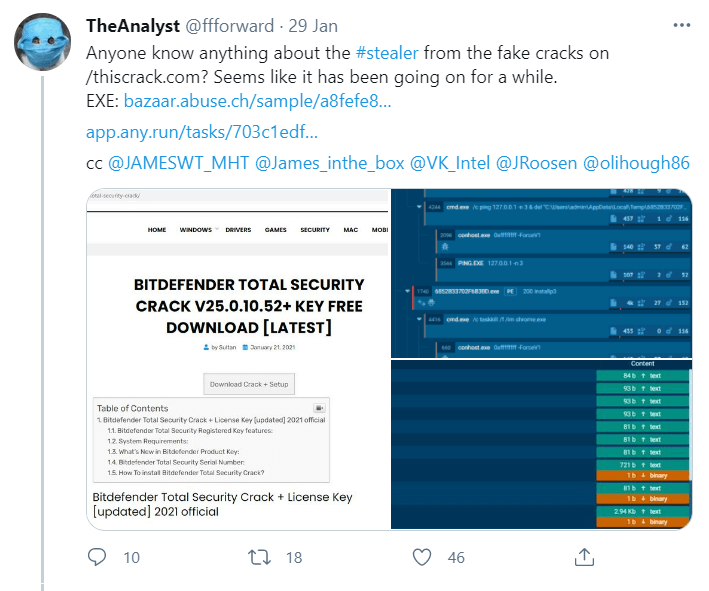 A dangerous malware does not need to be sophisticated.

While CopperStealer isn’t the most nefarious credential/account stealer in existence, it goes to show that even with basic capabilities, the overall impact can be large.

The new malware is distributed through fake software crack sites and known malware distribution platforms such as keygenninja[.]com, piratewares[.]com, startcrack[.]com, and crackheap[.]net.

It seems that two of the sites were sinkholed after discovering their connection to ongoing attempts to deliver malware and Potentially Unwanted Programs/Applications (PUP/PUA) software.

Credentials make the world go round when it comes to the current threat landscape and this shows the lengths that threat actors will take to steal valuable credential data.

Account stealing malware like this one are providing the scammers with the necessary tools for creating impersonation attacks and identity theft fraud.