Researchers have discovered 14 bugs and stated them in a report, known as INFRA:HALT vulnerabilities. Their target is none other than a popular proprietary TCP/IP stack. More exactly the NicheStack variants that rank below 4.3 are subjects to threat. Who uses this kind of library? The industrial sector, counting over 200 vendors.

How Can an Attack Due to INFRA:HALT Vulnerabilities Work?

All vulnerabilities were CVE classified. The ones who discovered them are the researchers from Forescout Labs and JFrog, the Forescout researchers having a project named Project Memoria that handles these issues.

According to Bleeping Computer, one of them, by his name Stanislav Dashevskyi, made a demonstration by taking one of the INFRA:HALT vulnerabilities and demonstrating how can it be exploited.

The 14 Vulnerabilities: What They Do and How Dangerous They Are

However, they can be exploited only if hackers manage to get access to the internal network of the organizations. Granting access to the office network is not enough, but managing to connect to the OT section makes way for their malicious actions. Why? Because all the industrial equipment is deployed on that network. 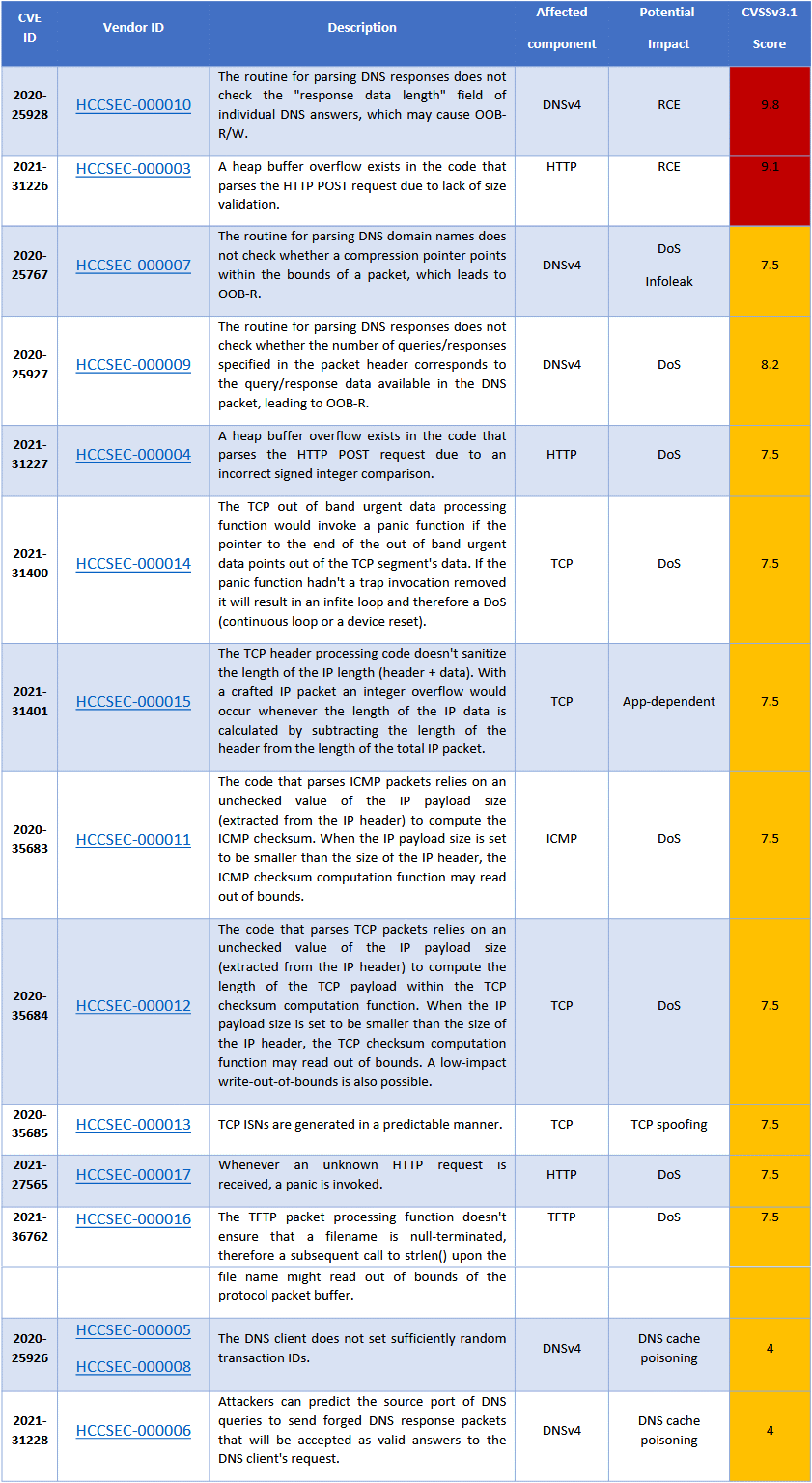 How Many and What Devices Are Exposed?

The number of affected industrial devices that use NicheStack raise to 6400.

Among targeted companies, these can be mentioned, that are NicheStack’s clients, known as InterNiches now because it’s under HCC Embedded at the present moment: Schneider Electric, Rockwell Automation, Honeywell, Emerson, Mitsubishi Electric, and Siemens.

According to the Forescout report, 21 vendors’ systems (2500) are impacted by these vulnerabilities.

HCC Embedded has taken the necessary measures and provided the proper patches that customers are urged to immediately apply. In short, all devices should be updated with the NicheStack 4.3 version.

Researchers from JFrog and Forescout also shared their mitigation recommendations where the above-mentioned patches cannot function:

Also, according to the same report, researchers recommend to device vendors, network operators, and the cybersecurity community in general to:

A Critical Serv-U Vulnerability Exploited in the Wild, Fixed by SolarWinds