UPDATED: Everything About The Powerful Dyreza Malware Attacks

Our security researchers have identified at the beginning of June a new piece of financial malware, capable of bypassing the SSL (Secure Sockets Layer) security protocol. The malware targets major online banking websites, like: Bank of America, Natwest, Citibank, RBS, Ulsterbank. The malware behavior is similar to the Zeus family and is able to hide in popular web browsers like Internet Explorer, Chrome and Firefox, from where it can retrieve sensitive data every time an user connects to the specified domains. Nevertheless, the security researchers mentioned Dyreza is a new banking trojan, not connected to the Zeus family, and hackers put a great deal of effort into making it as hard as possible to resist reverse engineering techniques and avoid antivirus detection. At the beginning of June, we tracked down and located multiple servers from Riga, Latvia. UPDATE 11.02.2015: The latest data in the IT industry reveals that Dyreza now also targets bitcoin login webpages: Among the targeted bitcoin pages are: bitbargain.co.uk bitpay.com localbitcoins.com www.bitstamp.net

How does it spread?

Dyreza is delivered through spam and phishing campaigns. 1. The e-mails contain various malicious attachments, such as a ZIP, PPT or PDF file, which as soon as it is opened, it will drop a malware on the target machine. The malware then connects to a hacker controlled server to send/receive information. We can find e-mail subjects, like “Your FED TAX payment ID [random number]” and “RE: Invoice #[random number]” in most sent e-mails. The zip-files have names, like “Documents.zip”, “Document-[random numbers].zip” or “eFax -[random numbers].zip”, which when unzipped and run will install on the system the downloader. 2. The e-mails contain a short link to a compromised server, where a malicious file is hosted. We can find e-mail subjects, like “Important docs“, “You have a new Secure Message” and “You’ve received a new fax” in most sent e-mails. If an user clicks the provided link in the e-mail, the malicious file is downloaded on the system. The downloader then brings on the system and executes Dyreza, the banking malware, which is downloaded from a list of domains specified in the downloader. UPDATE 11.02.2015: The latest list of domains discovered and blocked by our malware specialists are below (space added by us): patri ziapulcina.it wginf otech.net gawen a.blink.pl busin essmoney.in

How does it work?

We will try to present shortly the steps that take place in the infection phase, mentioning that we are dealing with a malware that could change its behavior at any moment.

How can I keep my system protected from Dyreza?

Our security researchers recommend the following measures to protect your computer from phishing campaigns that spread the Dyreza banking malware: 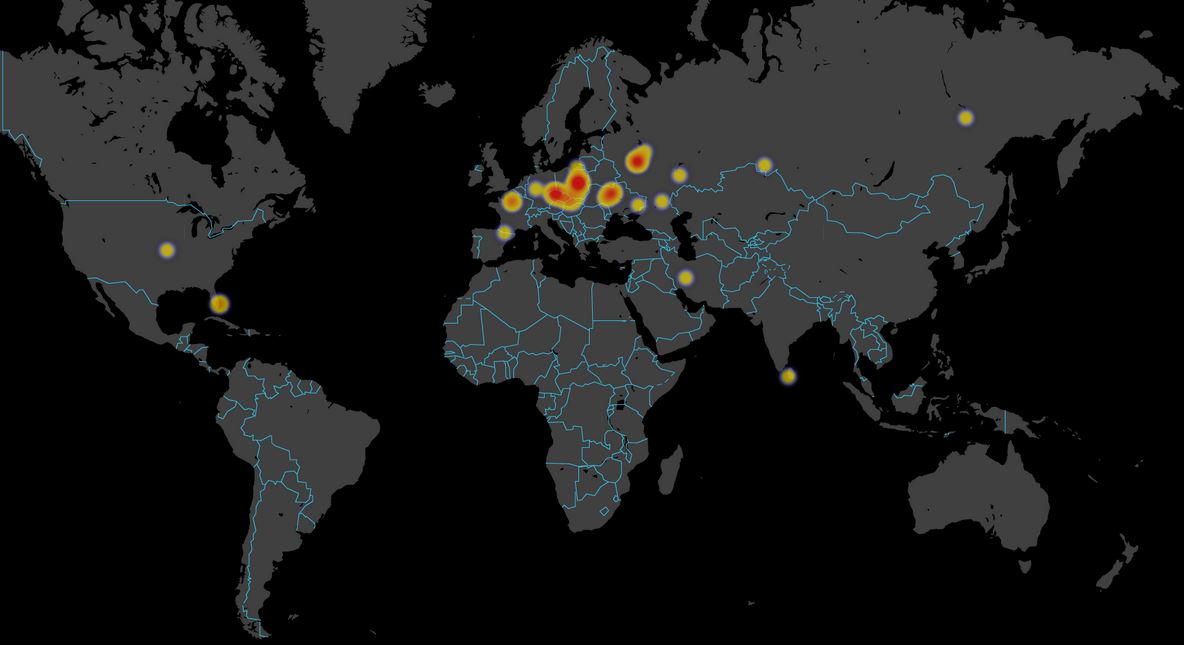 How does Heimdal™ Threat Prevention keep me safe?

First of all, Heimdal Pro makes sure your Adobe Reader is updated with the latest patches, therefore you are not affected by the exploit attempt. Second, even if a malicious file is downloaded and executed on the system, Heimdal Pro manages to prevent the code from running by blocking the communication with the hacker-controlled servers Dyreza connects to.

Dyreza is the latest financial and data-stealing malware that we have discovered and our security researchers keep a close eye on its evolution, so that we may provide the best defense against this major threat. We have released at the beginning of August an article on the most dangerous pieces of financial malware that can empty your bank account and we can say that Dyreza can be added to the list due to its complex nature and its malicious goal. Dyreza is the type of malware that forces us to update The Top 10 Most Dangerous Malware article.

This post was originally published by Aurelian Neagu in November 2014.
RELATED
Comments