Denmark’s Journey to Becoming the Most Cyber-Secure Country

Is IT Security a Big Enough Political Topic for Danes?

Denmark is one of the most digitalized countries worldwide, with technologies used in the private and public sectors as well. This means that Denmark is also a target with a generous and attractive attack surface for threat actors.

As a result, major cyberattacks impacted important economic sectors and a large number of people. Like the Petya cyberattack over Maersk, the Danish biggest shipping company, in 2017. Or the SolarWind attack on The National Bank of Denmark in 2020.

Danish authorities made real efforts and transformed Denmark into the most cyber-secure country in the world, but, according to The Danish Government’s National Strategy for Cyber and Information Security 2022-2024, the risk of cybercrime and cyber espionage is still high in the country.

Let’s see how cybercrime evolved in Denmark, what are the major cybersecurity incidents that changed the game, the types of cyberattacks that affected the country, and what are the next measures to take.

Types of Cyberattacks on Business in Denmark Between 2017-2020

Denmark relies heavily on technology, with 95% of citizens having access to the Internet at home and using it daily in 90% of cases. The percentage drops to 66% for persons between 75 and 89 years old, of which only 48% are daily users, according to The Agency for Digital Government.

In this landscape, cybercriminals can use a large range of attacks. Phishing attacks, ransomware attacks, and financial fraud have been the top three cyberattacks in 2017, according to Statista.

But the type of attacks that took off in this period is the confidential and sensitive personal data shared. Starting at 12% in 2017, it reached 38% by 2020. Social engineering got added to the mix later, but with a high frequency from the beginning: 28% in 2019 and 2020.

Denmark was heavily targeted by cyberattacks before investing in cybersecurity and developing strategies and plans to protect its governmental systems, companies, and people from cyber threats.

Here are a few of the most prominent cyberattacks:

Becoming the Most Cyber-Secure Country

Experts say that the wake-up-app call for Denmark’s cybersecurity strategy was in April 2017, when it was revealed that hackers had managed to gain access to the e-mail accounts of members of the Danish Defense.

Since then, the country went a long way, being ranked by Comparitech as the world’s most cyber-safe nation for several years, in 2019, 2020, and 2021.

Here are a few measures that keep Denmark on top:

In 2022 the threats from the digital landscape have been described by The Danish Centre for Cyber Security, as follows:

The Danish Government adopted The National Cyber and Information Security Strategy 2022–2024 in which four strategic objectives have been established:

The country continues and multiplies its cybersecurity efforts every year, for the years 2022-2024, the expected investments in cybersecurity initiatives reach a total of EUR 36 million.

However, according to Sikkerdigital.dk, one in every four Danish small and medium-sized enterprises has not instated vital IT security precautions.

All the companies that have not implemented essential cybersecurity measures are advised to:

For helping the employees, Hackerstop free programme was implemented. The programme provides free recommendations on how to develop security skills in your team and helps you to discover knowledge gaps between colleagues.

Cybersecurity in the Optics of Current Elections

On November 1st, a total of 14 parties are running for the 179 seats in the Danish parliament. It is believed that the decentralized nature of election administration and the process’ heavy reliance on paper make it challenging to influence a full election. One issue is that local administrations are tasked with securing the logistical parts of elections, including the purchase of systems, but they are not always able to work together effectively, for instance when evaluating their dangers. Even if the minister is negligent, the public will hold him or her liable if a threat develops at the municipal level. While local administrations have a consolidated rulebook for running elections, there are no comprehensive cybersecurity instructions or recommendations. The ES began distributing letters in 2018 to each municipality alerting them about cybersecurity dangers. 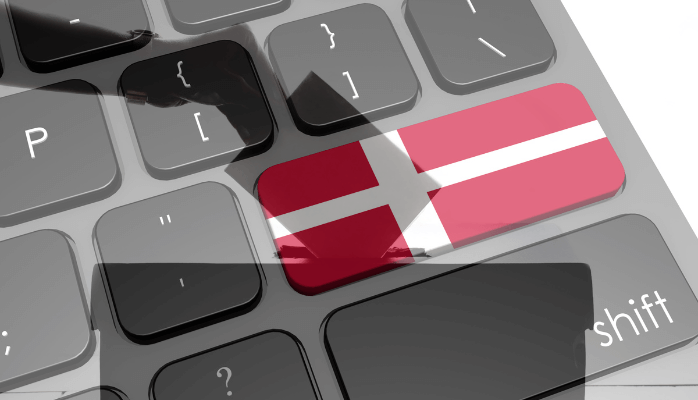 Elections are difficult to influence because they are decentralized and offline, but a major worry is the (baseless) decline in voter confidence in the democratic process. As a result, public perceptions are the biggest concern, and it’s crucial to teach voters about the process and security of elections. This data is disseminated through both traditional and social media, which helps put an end to any rumors that might start.

The main cybersecurity issues raised by this incident that happened only a few days before the general election is why this critical IT system did not have a back-up, and how the elected representatives will approach cybersecurity.

Regarding the elections, the most serious technological risks are the hacking of public websites of election-related agencies and major hacks against key infrastructure providers such as the civil registry and the election management system.

Cyberattacks will continue to happen every day, and the best strategy for individuals, as well as for companies or countries, is to prepare for them and plan a quick recovery in an incident hits.

Denmark’s cyberstrategy shows a way to go, by providing governmental support in fighting cybercrime, but it lets us wonder how a grooving attack surface and the ever-present human error could be controlled.

Who Is Responsible for Developing a Cybersecurity Culture?

What Are the Main Attack Vectors in Cybersecurity?