UPS Phishing Campaign: Malware Is Distributed By Making Use of an XSS Flaw

The Malicious File Seems to be Downloaded from the Legitimate UPS Website, but It’s a Scam.

A UPS phishing campaign has been underway. The cybercriminal targeted UPS.com and took advantage of an XSS (Cross-Site Scripting) flaw. His goal was the spreading of compromised and false Word docs masquerading as ‘invoices.’

The UPS phishing campaign came forward because of the manner the hacker made use of to implement it. Through that XSS bug, the threat actor managed to make the usual website page appear to be a genuine download page. What happened next was that this allowed the cybercriminal to utilize a Cloudflare worker to share a compromised document. The thing is that that malicious file appeared to come from the legitimate UPS.com page, so it seemed like it was downloaded from there.

United Parcel Service (UPS) was founded in 1907 and it stands for a shipping & receiving and supply chain administration organization. It is basically a company famous in the entire world that offers delivery package services.

Here is an example of a malicious scam e-mail that points out to a UPS package that has an exception so it requires the customer to pick it up. 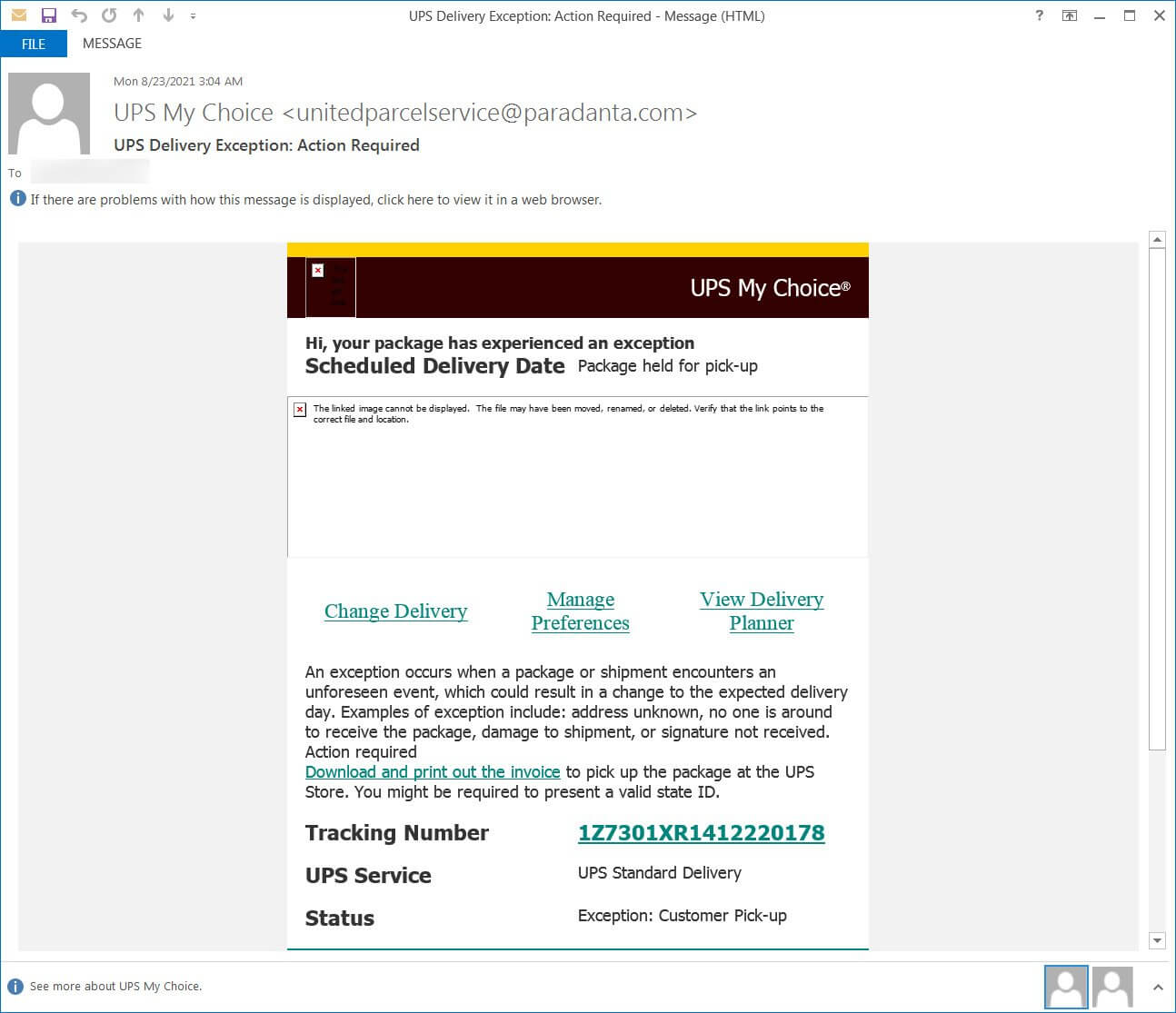 According to the BleepingComputer details, the UPS Phishing Campaign has the following characteristics:

The cleverness of the UPS phishing campaign lied in the fact the when a user accessed that URL, it seemed that the invoice was downloaded from the valid UPS URL, hence making him have no doubts and open the downloaded file without reservation. However, the vulnerability seems to be fixed now.