15 Common Flaws of Last Year Now Put Together in a List.

Cybersecurity authorities around the world have published a list of the top 15 vulnerabilities regularly exploited by malicious actors in 2021, in collaboration with the NSA and the FBI.

In a joint alert, the cybersecurity authorities recommended enterprises patch these security holes as soon as possible and adopt patch management systems to decrease their attack surface.

Hackers have been spotted targeting internet-facing systems, such as email and virtual private network (VPN) servers, employing exploits targeting recently reported vulnerabilities all around the world.

What Are the Vulnerabilities in Question?

In the same advisory, a table containing all the 15 discovered vulnerabilities was provided. You can see it below: 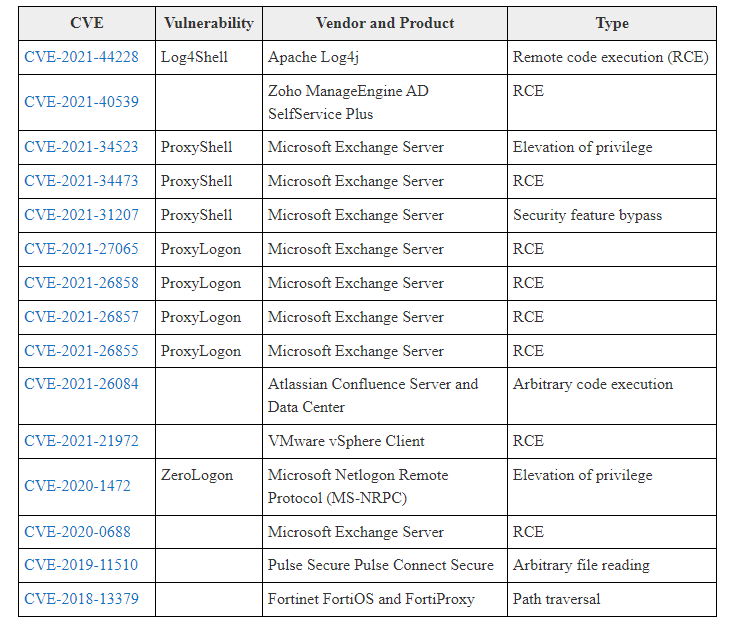 However, some attackers targeted older vulnerabilities that had been patched years ago, indicating that some firms refuse to upgrade their systems even when a patch is available, says BleepingComputer.

Mitigation steps are included in the joint recommendation, which should help reduce the risk associated with the topmost misused flaws listed above.

As we always say, prevention comes first in the process of a proper cybersecurity strategy, so vulnerability management plays a huge role in securing holes in the system that might become sooner or later the path a hacker takes to infiltrate a company’s network. Choose Heimdal Patch & Asset Management and enjoy A to Z patch management along with advanced patch scheduling and the shortest vendor-to-end-user waiting time (you have the patch ready to be deployed in less than 4 hours from the release). Keep your system updated and close off security gaps!