Heimdal™ Security’s SOC department together with other cybersecurity institutions have released an all-out advisory to its customer base, clients, users, and partners in regards to the activity of an emergent botnet that has infected thousands of websites. The botnet StealthWorker (GoBrut) has achieved an impressive number of hits in a brief span of time, by brute-forcing the victim’s Internet-facing NAS devices and web servers. As for the ‘zombified’ devices, Heimdal™ believes that they will be used in future botnet campaigns for the purpose of compromising even more hosts.

GoBrut aka StealthWorker is not exactly a botnet novelty. In fact, the same botnet has been involved in the August 2021 attack against Synology’s NAS devices but, interestingly enough, it goes all the way back to February 2019 when the same malware was found to be behind several brute-force attacks launched against improperly secured CMSs, Magento being among them. It appears that its MO’s been consistent over time – using distributed brute-force attacks in order to infiltrate, infect, corrupt, and ‘zombify’ the target device.

Design-wise, Gobrut has been written in Golang, a programming language very popular among hackers and pen-testers for its flexibility, reasonable learning curve, and coding efficiency, and employs two IP addresses – one for payload delivery and one to perform various C2 functions. As in the case of Synology, the payload’s delivered via JS injection or similar. Once the delivery was marked as successful, the malware will begin to enumerate resources, identifying those that are vulnerable to brute force.

One of the reasons why botnet StealthWorker has had a stellar success resides in how certain CMSs handle password hygiene. In several cases, the credentials that got leaked were default user-password pairs, meaning that no steps have been taken to strengthen those credentials (e.g., password evaluators, salting, etc.). Concerning infiltration, the credentials obtained via distributed dictionary-based brute-forcing were fed to a c2 panel hosted on the second ‘attack’ address (i.e., the one used to perform C2 functions). What’s even more daunting is the fact that Gobrut also has the capability of backtracking user admin login paths and scouring backup file locations. 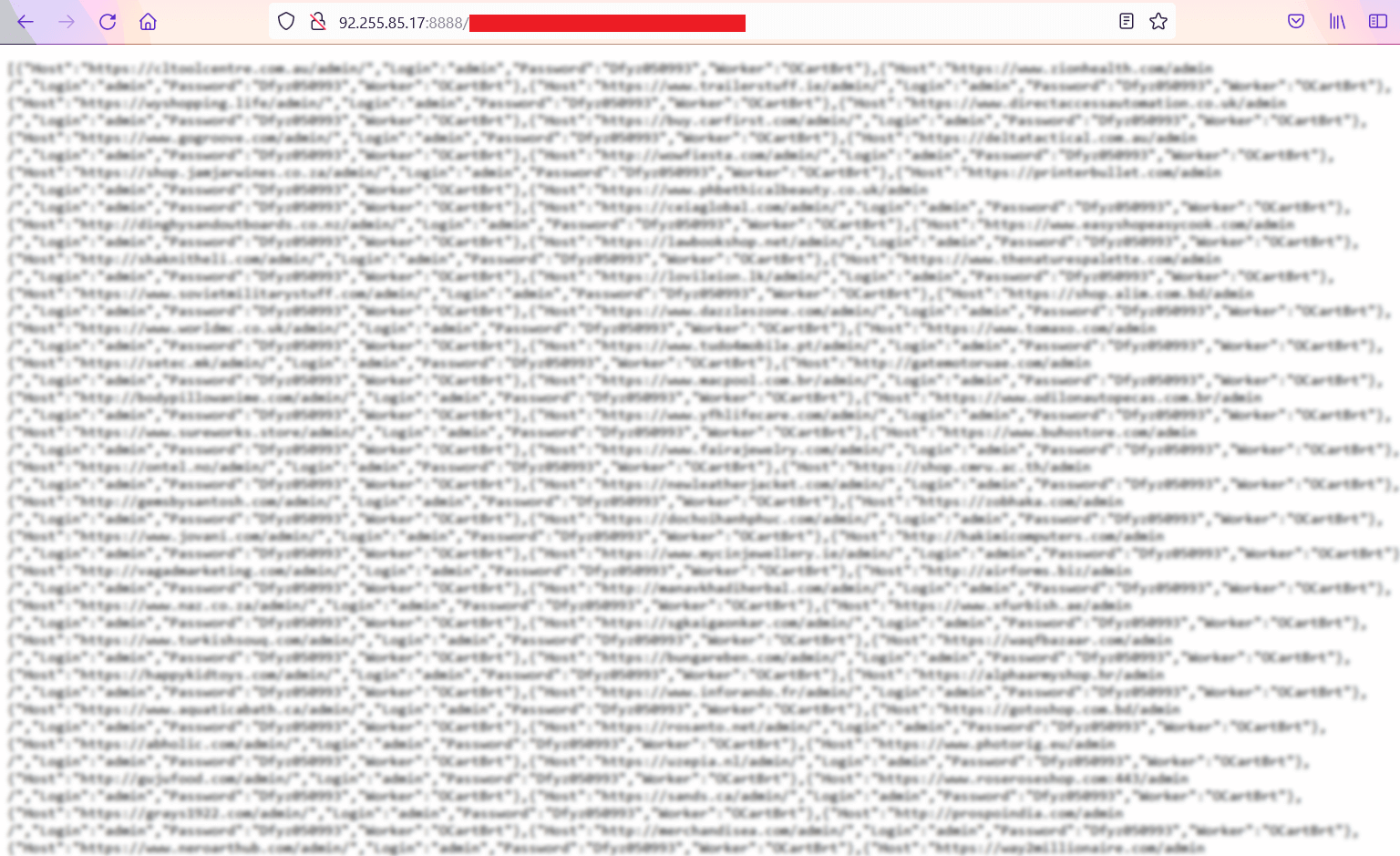 Since the botnet SteathWorker is currently active, Heimdal™ Security recommends the following:

The botnet StealthWorker is the very embodiment of the saying: “simpler is better”. Although heavily reliant on volumetric attacks, this malware has managed to rake up numerous hits by leveraging sub-par authentication mechanisms.