Atlassian Urges Its Customers to Update Their Instances as Soon as Possible to Fix This Critical Flaw.

Tracked as CVE-2020-36239, the vulnerability can cause critical remote code execution due to a missing authentication flaw in Jira’s implementation of Ehcache, an open-source component.

In an email announcement seen by BleepingComputer, Atlassian asks its customers to update their instances as soon as possible as a means of correcting this error: 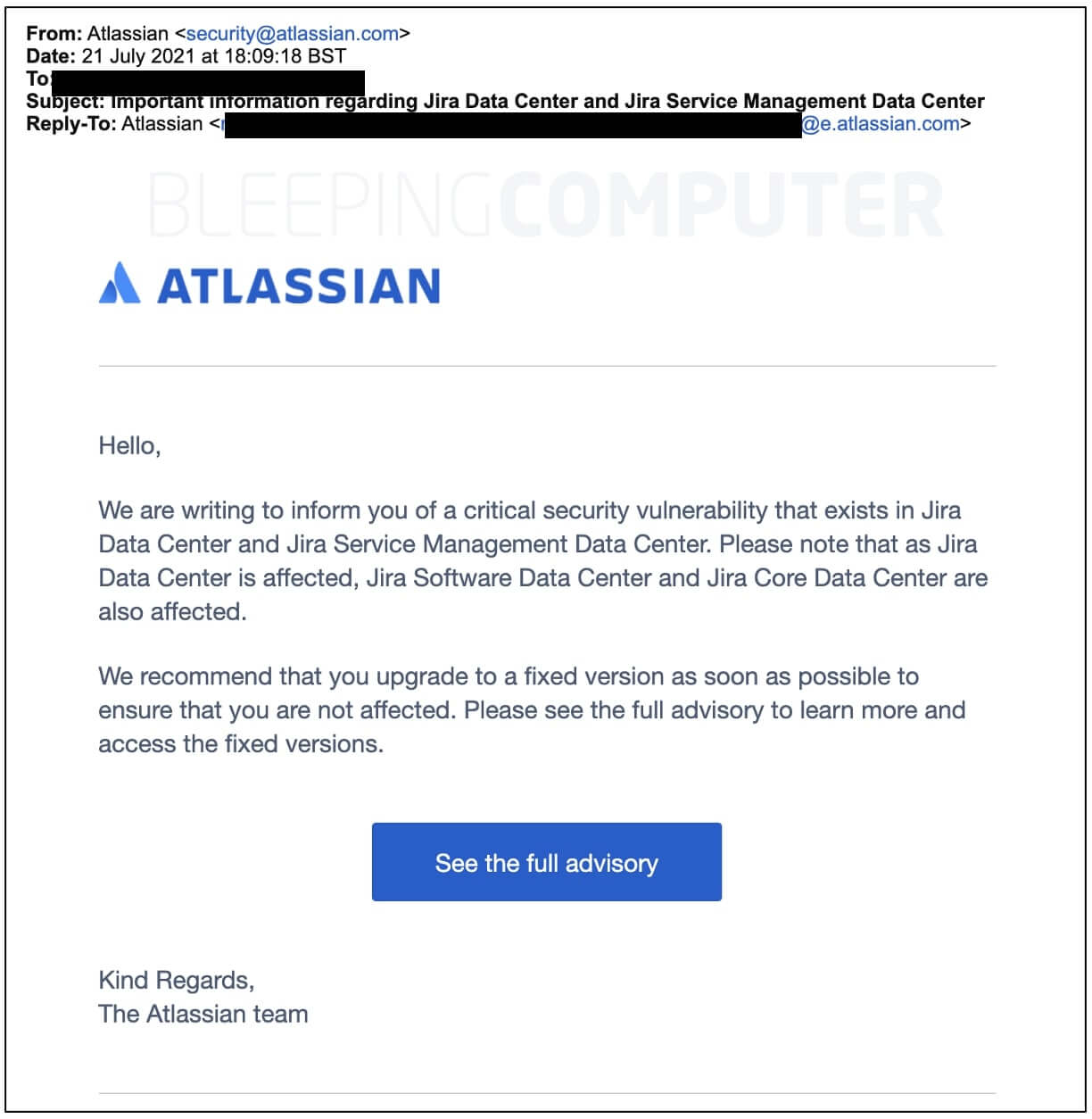 As reported by Ax Sharma, the Jira vulnerability originates from unrestricted access to Ehcache RMI ports. Ehcache is an open-source, standards-based cache that boosts performance, offloads databases, and simplifies scalability. It’s the most widely-used Java-based cache because it’s robust, proven, full-featured, and integrates with other popular libraries and frameworks.

RMI (remote method invocation), is an API that provides a mechanism to create a distributed application in Java. RMI allows programmers to invoke methods present in remote objects—such as those present within an app running on a shared network, right from their application as they would run a local method or procedure. “All this is done without the programmer having to worry about implementing the underlying networking functionality, which is where RMI APIs come in handy”, Sharma writes.

Atlassian recommends customers who have downloaded and installed any of the following versions to upgrade their installations immediately to fix this new Jira vulnerability:

Atlassian has also provided mitigations for customers unable to upgrade their instances.

What Is Data Execution Prevention (DEP)?