Bitcoin.org was hijacked by hackers and got altered in order to push a scam.

Bitcoin.org is an information portal for the top cryptocurrency, founded in August 2008 by Bitcoin’s pseudonymous founder Satoshi Nakamoto, containing information on Bitcoin, including the original whitepaper and developer documentation.

According to CobraBitcoin, the attackers may have acquired illegal access by exploiting a vulnerability in the website’s domain name system (DNS). Hackers frequently scan websites in order to find underlying weaknesses that may be exploited to launch attacks.

The cryptocurrency giveaway scam was, unfortunately, able to trick some users into participating, making the hackers walk away with a little over $17,000.

The Bitcoin Foundation is giving back to the community! We want to support our users who have helped us along the years. Send Bitcoin to this address, and we will send double the amount in return!

The scammers went even further and in order to make the scam more appealing, they wrote that the offer was limited to the first 10,000 users. 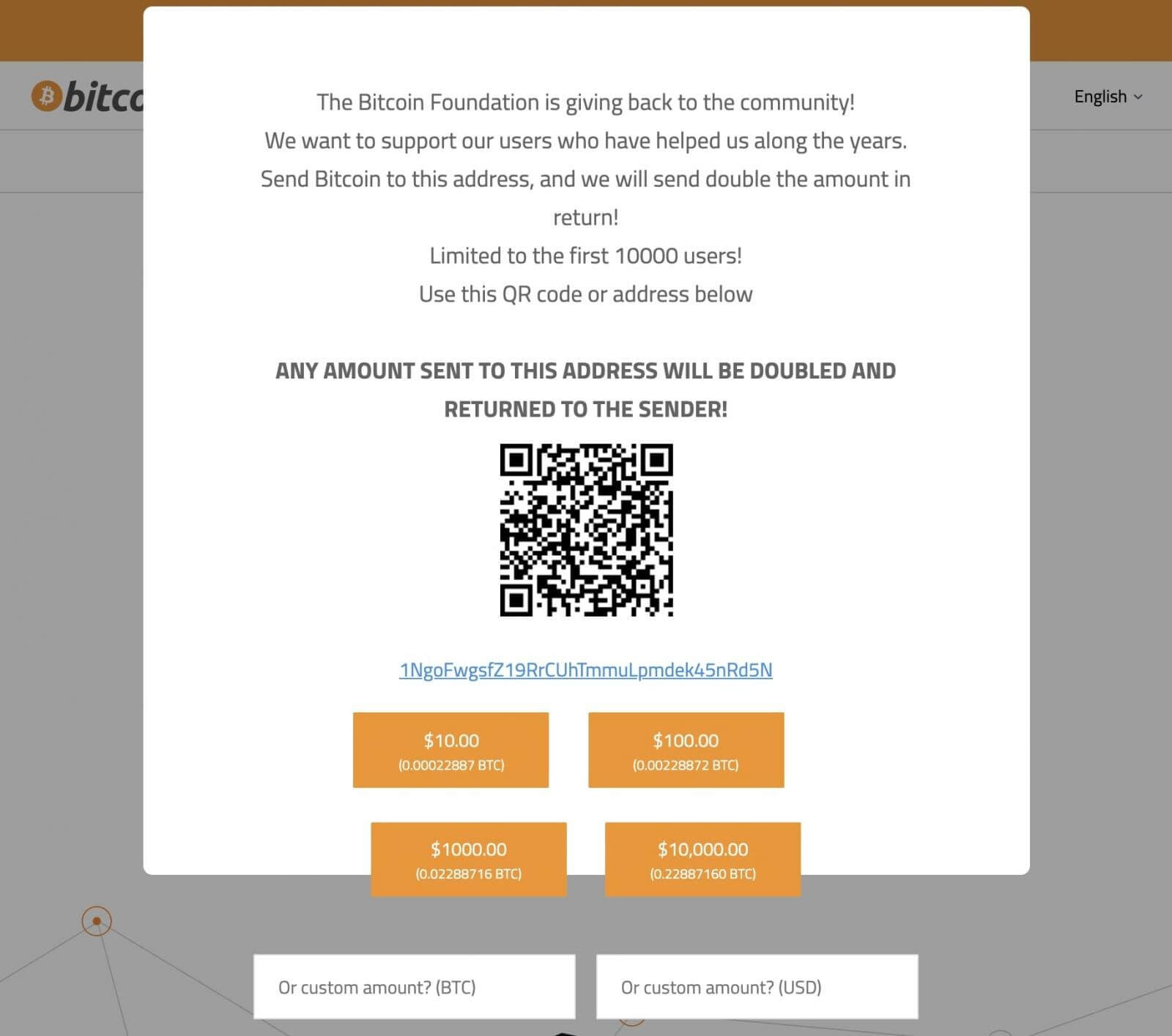 Bitcoin.org’s site operator(s), under the name Cøbra, issued a public warning with regards to the incident soon after stating that the website has been compromised.

https://t.co/OsFgRFRRZb has been compromised. Currently looking into how the hackers put up the scam modal on the site. May be down for a few days.

Following Cbra’s notification, Namecheap, the domain registrar for Bitcoin.org, quickly blocked the domain until the problem was resolved:

Hello, Thank you for reporting this matter. We have temporarily disabled the domain.

However, the fundamental reason for the website hijacking remains unknown, while others speculated that it was a DNS takeover.

It’s easy to ignore these scams, assuming that no one will fall for them, but we should keep in mind that identical crypto scams have been successful in the past, generating hundreds of thousands of dollars.

CISOs Are Facing a Real Risk of Cryptoware