HSE to Pay a Huge Cost After Major 2021 Ransomware Attack

The Conti Ransomware Attack May Cost Ireland Over $100 million.

Conti ransomware is an extremely damaging malicious actor due to the speed with which it encrypts data and spreads to other systems. To penetrate a victim’s systems Conti ransomware operators will employ a wide variety of tactics.

The hackers will usually begin by trying to persuade an employee to hand out credentials, usually using a social engineering approach.

The cyber-crime action is thought to be led by a Russia-based group that goes under the Wizard Spider pseudonym.

Back in May 2021, Ireland’s Health Service Executive, the country’s publicly funded healthcare system, had to shut down all of its IT systems after suffering a Conti ransomware attack. 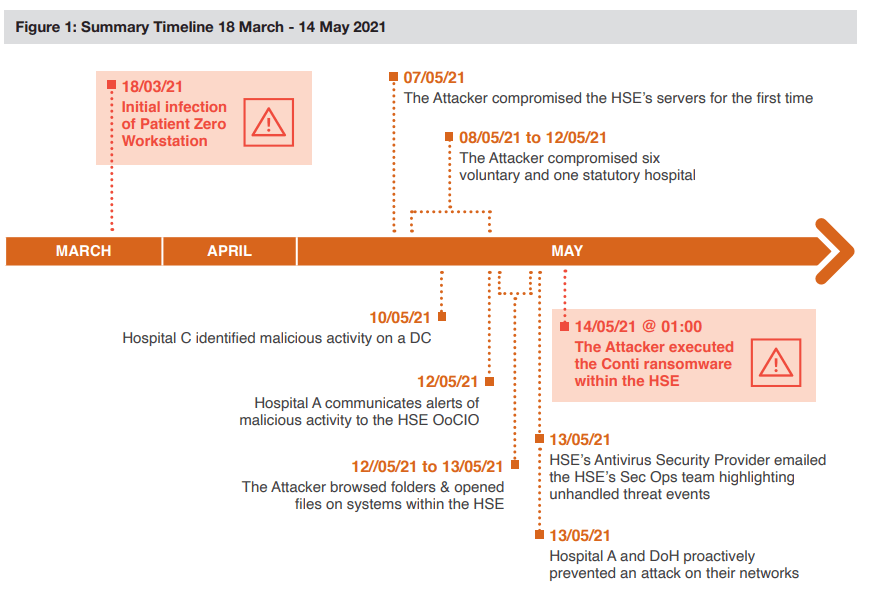 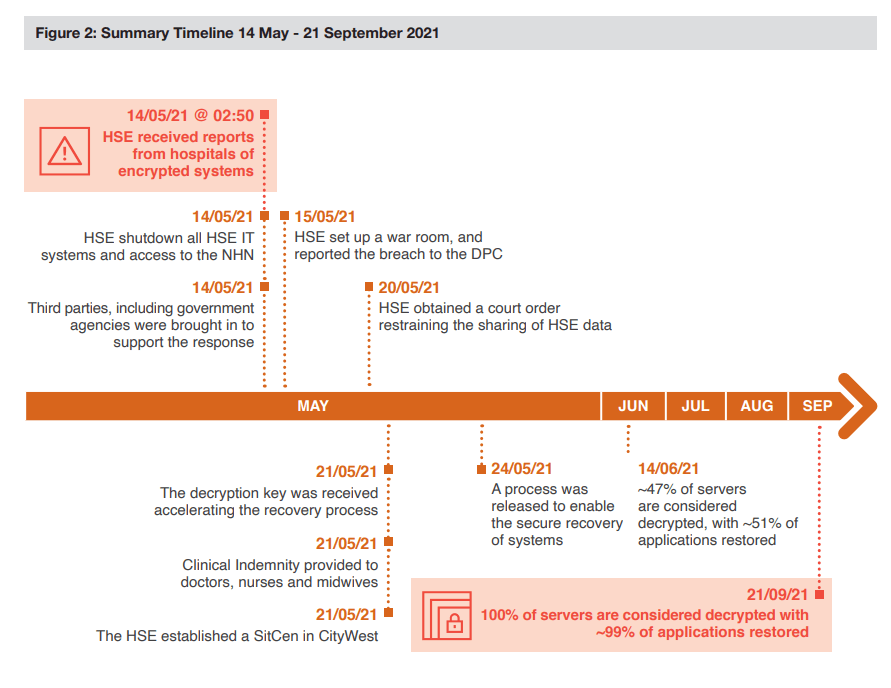 According to ZDNet, the country’s healthcare sector would have to pay more than $48 million to recover after a broad ransomware assault by the Conti gang last year.

Health Service Executive interim chief information officer Fran Thompson stated in a letter obtained by RTÉ that the costs associated with the ransomware attack include $14.2 million for ICT infrastructure, $6.1 million for outside cybersecurity assistance, $17.1 million for vendor support, and $9.4 million for Office 365.

The HSE forecasts that the overall cost could be in the region of €100 million and further to this, the implementation of the recommendations of the PWC report into the Conti will require a separate investment case which is being commissioned by the HSE.

According to RTÉ and the BBC, hundreds of outpatient sessions were canceled, a Covid-19 immunization gateway was stopped, and the government spent weeks attempting to restore its healthcare IT infrastructure.

Emergency services continued to function, although many radiological appointments were canceled. There were delays in the reporting of COVID-19 test results, as well as delays in the issuance of birth, death, and marriage certificates. According to The Journal, the assault impacted pediatric services, maternity services, and outpatient visits at select hospitals.