Healthcare Organizations Are the New Targets of Ransomware Attacks

IT Systems from Ireland and New Zealand Were the Latest Victims of Ransomware Attacks.

Ireland’s Department of Health was attacked twice in the last week and therefore had to shut down their entire IT system.

It seems like the same group that was behind the aforementioned attack hit the Health Service Executive with a ransomware attack as well.

It looks like Conti Ransomware was behind the attack, according to the statement provided by the Chief Operations Officer of the Health Service Executive Anne O’Connor.

The damage brought on by the attack was massive, as dozens of outpatient services got canceled, a vaccine portal for Covid-19 was shut down thus making the country spend days trying to bring its healthcare IT system back online.

The leaders of the Irish government met on Monday and declared that the National Cyber Security Centre had brought in Europol, private-sector cybersecurity experts, and hundreds of others to help solve the ransomware attack.

Those who carried it out have no concern for the severe impact on patients needing care or for the privacy of those whose private information has been stolen. These ransomware attacks are despicable crimes, most especially when they target critical health infrastructure and sensitive patient data.

The significant disruption to health services is to be condemned, especially at this time. Any public release by the criminals behind this attack of any stolen patient data is equally and utterly contemptible. There is a risk that the medical and other data of patients.

Ireland is not the only country facing this type of threat, as New Zealand is having a similar issue, with IT services for their healthcare system reporting a cybersecurity incident that completely knocked out the entire system.

The hospitals in Waikato, Thames, Tokoroa, Te Kuiti, and Taumarunui have all been affected by the attack, and unfortunately, even the landline phone services were down.

We’re witnessing a surge in ransomware attacks that does not seem to slow down, as the Canadian insurer Guard.me, one of the world’s largest insurance carriers, is also dealing with a downed website following “suspicious activity was directed at the guard.me website.” The site is still down, with a lengthy message explaining that they took down their website as a cautionary measure. 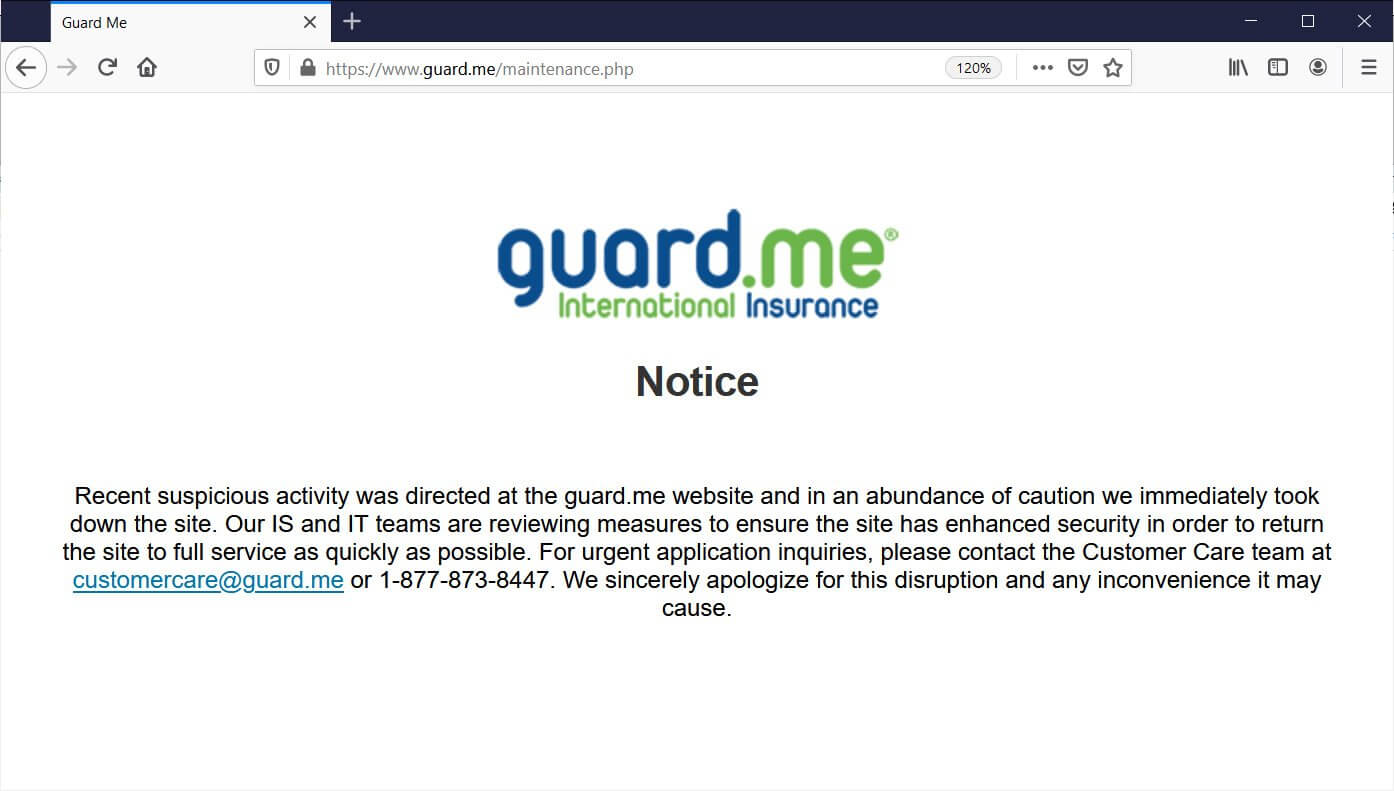 Guard.me provides students who study abroad with health coverage internationally and the company has already sent out a letter to students informing them of the attack.

In the late evening of May 12, 2021 our Information Systems team discovered unusual activity on our website and as a precaution they immediately took down the website and took immediate steps to secure our systems. The vulnerability has been addressed.  Our experts are diligently investigating the matter further.

The letter admits that the “suspicious activity” they caught was actually caused by someone gaining access to a database that contained the dates of birth, genders, phone numbers, email addresses, mailing addresses, passwords of students.