How IoT Works and Its Main Vulnerabilties. How Challenges in Software Security for IoT Can Be Circumvented

The Internet of Things (IoT) is one of the trends in this phase of digital transformation. It is the core technology influencing self-driving cars, smart homes, and everything sophisticated around us. But what about the security for IoT devices? As it is, it’s currently the least developed branch of cybersecurity and the potential consequences of this could be severe.

IoT makes sure to connect everything around us to the internet, which ranges from new apps created by mobile app developers to significant influence over a lot of other platforms as well.

While the IoT devices have established a beneficial interaction and communication between the devices, eased up our lives and have countless benefits, there are still measure for the ‘security of IoT devices’ which needs to be considered.

Why Is IoT Security Important?

The whole security of an IoT network depends on a single device in the chain. If one of the devices in this link gets breached, it compromises the entire security of every other device connected to this link. This could easily compromise the safety of the central system, as well.

Another major problem in IoT devices is the ‘replication of devices.’

Since every device is connected with a network of other devices, a single vulnerability, if found in any one of the devices, can lead to malfunctioning of the other connected devices as well, making the cybersecurity of IoT devices even more important.

Different OEM manufacturers are involved in the production of IoT devices, and these vendors set the device with default credentials. The follow-up batches come with the same default credentials, and as they are set for implementation, the default login and password are usually never changed. These kinds of loopholes make IoT devices vulnerable to attacks.

Most of the OEMs who are involved in the production of these devices lack the expertise in different security aspects of the devices. And with the aim of profit maximization, it doesn’t usually bother the manufacturers to make the necessary investment for securing these devices. As security isn’t a priority in such devices, they are open to unencrypted and attacks by hackers.

The Main Challenges in Software Security for IoT

#1. Ambiguous standards of security for IoT

A lot of things around us are influenced by IoT, which includes smart security surveillance systems, transport infrastructure, smart cities, communication systems, and a lot. As IoT plays a crucial role in our lives, the security risk which is involved is also high as these attract the hacker often.

A lot of people believe that hackers usually tend to stay away from target embedded systems, which isn’t true at all, due to which the security details are not given a priority while manufacturing these devices. However, now, the recent developments have proven that the device manufacturers prioritize the security for manufacturing IoT devices, thus making them secure and bypassing any vulnerability as well.

#4. Prediction and prevention of attacks

The rise in the development of IoT devices makes cyberattacks very unpredictable. The attacks and attackers used modern methods to breach security, which is a significant concern for almost everybody.

In such cases, it is necessary to not only find the breachers and leaks but to fix them in time as well, which makes predicting and preventing these attacks possible.

The security of devices is a long term concern. AI-powered monitoring and other such analytical tools are definitely going to help in predicting the security issues, but it is also complex to adopt such kind of techniques. The reason for this is because, in IoT, connected devices need processing of data instantly, which is hurdled by such processes.

#5. Hard to figure out security breaches

Due to the significant expansion of the IoT devices, it is very difficult to monitor each device individually because an IoT device needs different protocols for communication. As the number of devices is gigantic, the number of things that need to be managed are even more. This lets hackers operate without a lot of hurdles, usually, and most of the devices operate without the users even knowing about it.

What about the Security for IoT Apps?

On the other side, the IoT software development security is also a significant concern for the app developers. There are a lot of key encounters that should be considered while developing an IoT app.

The IoT devices usually go unattended, which means they could be targeted by hackers easily. This means that ensuring if the security component for these devices is added or not becomes a major concern.

Data transfer and exchange security are essential to understand as the data transfer from IoT Devices to a platform is usually stored in the cloud. It is vital to ensure that data encryption protocol is also followed while an app is in development.

Cloud storage is usually considered secure, but for the app developers, it is essential to ensure that the IoT platform is encrypted as well and is able to protect the data, and authorization is limited to dedicated access only.

The data which is taken from the IoT devices are validated under rules and regulations. This suggests that info that is stored over the cloud is aligned with the specified regulations.

IoT is undoubtedly one of the most fantastic technological innovations mankind ever witnessed. But as it is responsible for connecting all the things to the internet, these devices become vulnerable to security threats as well.

However, top tier companies and cybersecurity researchers now are giving their best for the sake of making things perfect for the consumers, yet there is a lot more, which needs to be done. 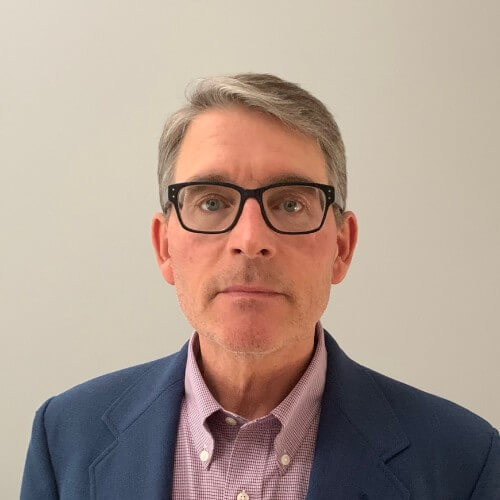 Nathan McKinley is a Business Development Manager at Cerdonis Technologies LLC –  mobile app development company that follows innovative ways to design & develop mobile apps which can increase visibility and accessibility. After spending years in the tech domain as a business developer, I have gathered an amassed knowledge of various technologies like IoT, AI, Software Security, Mobile/Web Development on which I love to share my thoughts and articles that contains full of informative insights.