And all about the current state of autonomous vehicles.

Automotive manufacturers have realized the future lies in self-driving cars. We may be taking small steps, yet we would like to be headed to an autonomous driving utopia. Here, every road is safe, smart, connected, fast, reliable.

It may be just a dream right now, but how far are we from achieving this goal?

In this article, we will walk you through the current state of autonomous vehicles, and most importantly, examine how safe driverless cars actually are from a cybersecurity perspective.

A brief history of self-driving cars

Let’s start off with a little bit of history.

You may be amazed to hear people started working on driverless car prototypes in the 1920s. Back then, the radio-controlled car was invented by Francis Houdina, which he controlled without a person behind the steering wheel on the streets of New York.

Throughout time, there have been multiple attempts to develop the industry and encourage driverless cars’ adoption. You can access this resource to go through a quick timeline of self-driving cars.

Fast forward to more recent days, Waymo, formerly known as Google’s self-driving car project, is the first commercial self-driving car and was launched in December 2018. Through an app, Waymo offers ride-hailing services to people from the United States, Phoenix area.

Here are a few facts and predictions for 2019:

Did you know a car can have six automation levels?

In the image below you can see exactly what Level 0 to Level 5 actually mean.

How do people view self-driving cars?

Autonomous vehicle manufacturers promise to deliver a safe, enjoyable, and fast experience, freeing the drivers of the stress of driving, while allowing them to fulfill other tasks.

But what is the general opinion towards autonomous cars?

According to Deloitte’s 2019 Global Automotive Study, consumer perception of the safety of autonomous cars has stalled in the last year. This attitude is predominantly influenced by media reports of accidents involving self-driving cars, many of which were fatal.

Here you can read a report on these types of accidents. 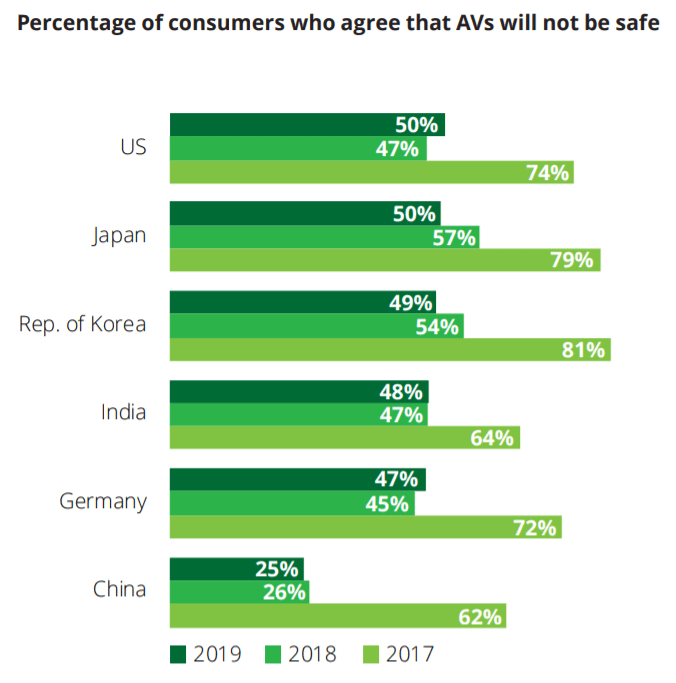 The concern around safety is also reinforced by Perkincoie’s research, which shows that consumers’ perception of safety is the biggest roadblock to the development of self-driving vehicles in the next five years.

As per another study conducted by the American Automobile Association (AAA), almost 3 in 4 Americans are afraid of self-driving cars. According to the same research, only 19% would trust self-driving cars to transport their loved ones.

What’s more, there are some people who seem to despise the autonomous vehicle’s technology and even manifest violent behavior towards it. At least 21 attacks against Waymo cars have been reported. People have tried to run the vehicles off the road, thrown rocks at them, slashed the tires, or even yelled at them to leave the neighborhood. This behavior seems to be fueled by people’s concern with safety and even potential job losses.

Some also believe self-driving will most likely cause traffic congestions.

What is the reason for that, you may be wondering since they were created to simplify traffic movement in the first place?

Autonomous cars could be programmed to aimlessly drive on the streets, without parking, in order to avoid payments. Basically, the price for recharging an electric autonomous car would be much lower than the overall parking fee.

The same Deloitte 2019 report shows most people are worried about biometric data being collected by self-driving car manufacturers through their connected vehicles and sent to other parties. 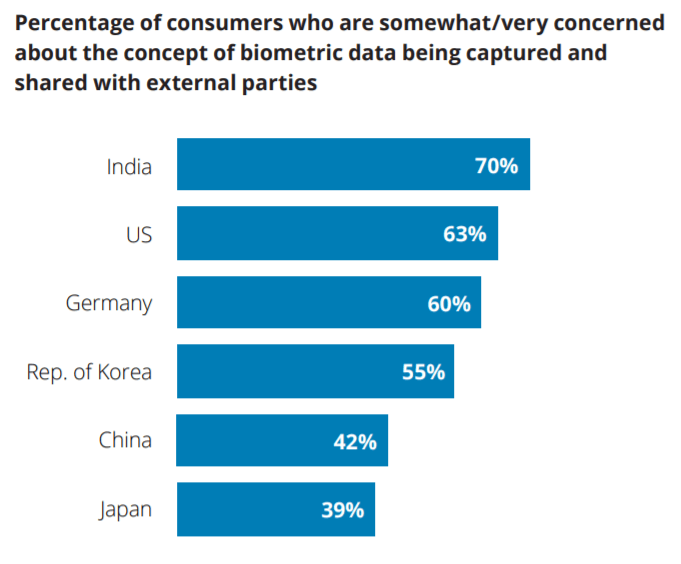 In truth, data does need to be collected in order to improve functionalities, but this could also cause the invasion of your privacy.

So the question is where that data ends up and how it’s actually used. Some may argue that it could be shared with the government or used for marketing purposes.

According to a recent study which surveyed auto engineers and IT experts, 84% of respondents were concerned that car manufacturers are not keeping pace with the industry’s constantly increasing cybersecurity threats.

Since self-driving cars have been involved in numerous accidents, this means they still have flaws, which can become exploited by malicious actors. Although taking care of aspects such as having proper navigation systems and avoiding collisions are obvious priorities for manufacturers, cybersecurity should also be top of mind.

According to Skanda Vivek, a postdoctoral researcher at the Georgia Institute of Technology, if people were to hack even a small number of internet-connected self-driving cars on the roads of the United States, the flow of traffic would be completely frozen. And emergency vehicles would not even be able to pass through. 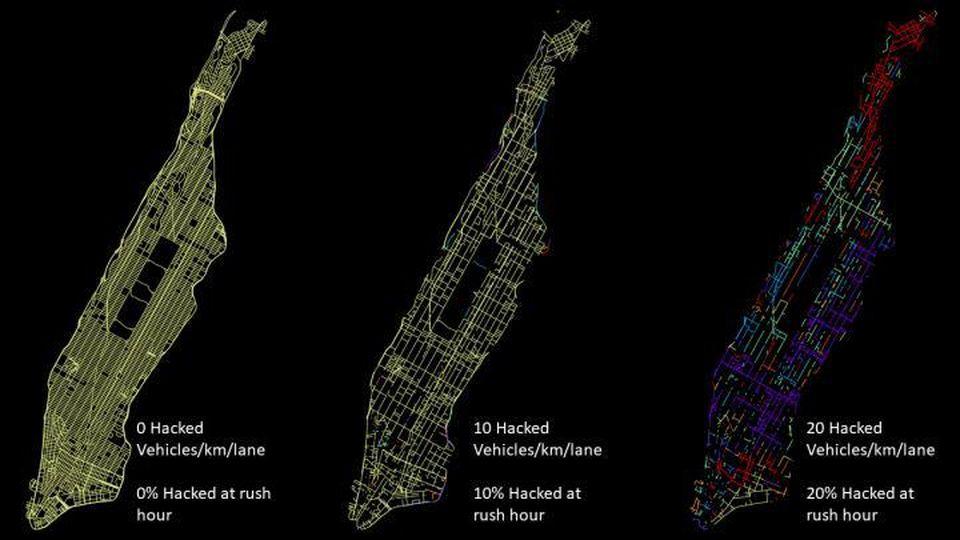 Around four years ago, researchers Charlie Miller and Chris Valasek remotely hacked a Jeep Cherokee as an experiment. They used a laptop to do it while being at a 10-mile distance and managed to take full control of the vehicle.

Watch below what happened:

This was not even a self-driving vehicle, but the same scenario can be applied to one. In fact, this can even be more plausible in the case of autonomous cars due to their increased internet connectivity.

Right now, you won’t find two identical automation systems in the industry. Yet, according to the University of Michigan’s report, as systems become more generic, or even using open-source software, one attack could spread across every car deploying the same system. Just like it happened with the WannaCry ransomware attack, which infected more than 300,000 computers in 150 countries, at an estimated cost of $4 billion.

But are things really that bad?

On a more positive note, there are cybersecurity experts who believe in the future, fully-autonomous cars will be much harder to be hacked than we might think. This “fully-autonomous” technology (remember Level 5 we were talking about above?), will rely on multiple sensors and communication layers.

At the moment, self-driving cars are only using one or two sensors for object detection, according to Craig Smith, research director of cyber analytics group Rapid7.

In his view, since it’s already quite difficult to hack a single sensor, a malicious criminal will find it even harder to override a complex sensor system.

“If we’re having a discussion about what’s safe, it’s more likely that you’ll get into a car accident today than someone will hack into your car tomorrow”, Smith pointed out.

How can we stop self-driving cars from being hacked?

The good news is that experts are constantly working on developing better security systems.

For instance, just a few weeks ago, SK Telecom announced the launch of a solution based on Quantum Encryption. 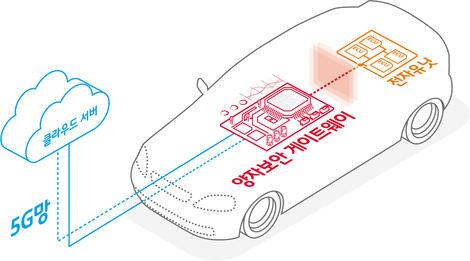 How does it work?

As per SK Telecom, this is an “integrated security device that will be installed inside cars and protect various electronic units and networks in the vehicle”.

Also, the gateway, which was developed together with the controller maker GINT, will be used to secure all the vehicle systems: Vehicle-2-Everything (V2X) and Bluetooth communication systems, car driver assistance, radar, and smart keys. Drivers will also be alerted of any suspicious behavior.

The gateway basically transfers a quantum random number generator and Quantum Key along with the vehicle’s data that will “fundamentally prevent hacking and make the cars unhackable”, according to SK Telecom. The company also added that this move was to facilitate security in the 5G era.

This is not the first initiative of this kind. In another project, the cyber-security group at Coventry University’s Institute for Future Transport and Cities (FTC) teamed up with the quantum experts at cybersecurity start-up Crypta Labs and they also reportedly worked on this quantum technology that can prevent hacking.

We stumbled upon a great video that we’d like to share with you, in which Victor Schwartz, a partner at Shook, Hardy & Bacon, talks about the potential risks of driverless cars – privacy issues and cybersecurity.

You can watch the full video here:

At the moment, concerns around self-driving technology clearly outweigh the benefits. It’s now crucial for manufacturers to focus on autonomous cars’ cybersecurity problems, employing dedicated staff to work on these issues. However, with proper security measures in place, hacking risks can be, in time, dramatically reduced.

Would you trust a self-driving car? What’s your opinion on the overall security of autonomous vehicles? We would love to hear your thoughts in the comments section below.