The European Court of Human Rights has ruled that GCHQ’s regime for the collection of data and its methods to carry out the bulk interception of online communications were “not in accordance with the law”. 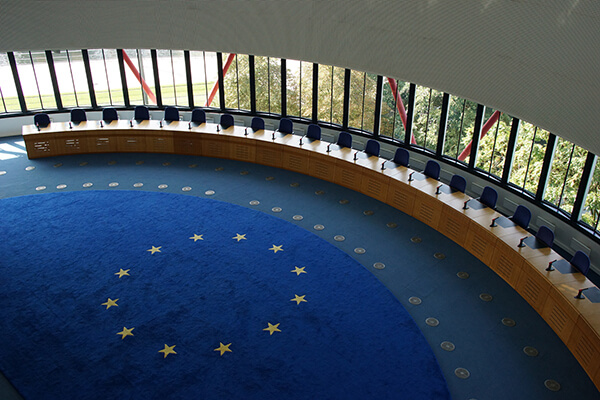 ECHR ruled in a case known as “Big Brother Watch and Others vs. the United Kingdom” that Britain had breached the right to respect for private and family life communications and the right to freedom of expression with its bulk intercept regime.

Although that bulk interception in itself was not illegal, the court ruled that the regime for obtaining communications data from service providers also violated human rights.

There were deficiencies in the bulk interception regime used by the UK’s spy agencies which broke privacy rules, the court’s grand chamber ruled. Additionally, it was concluded that the regime contained insufficient protection for confidential journalistic material.

The Court considered that, owing to the multitude of threats States face in modern society, operating a bulk interception regime did not in and of itself violate the Convention. However, such a regime had to be subject to “end-to-end safeguards”, meaning that, at the domestic level, an assessment should be made at each stage of the process of the necessity and proportionality of the measures being taken; that   interception should be subject to independent authorization at the outset, when the object and scope of the operation were being defined; and that the operation should be subject to supervision and independent ex post facto review.

The ruling also confirms that the UK’s historic surveillance regime under the Regulation of Investigatory Powers Act 2000 (RIPA) was unlawful since it lacked the necessary safeguards.

The ruling is the culmination of a legal challenge to GCHQ’s methods around intercepting online communications. The matter was first raised by privacy rights group Big Brother Watch and other organizations in 2013 following Edward Snowden’s revelations on mass surveillance techniques used by the UK and US. The landmark judgment also marks the first ruling on UK mass surveillance since Snowden’s disclosure.

Since then, the law which allowed the bulk interception has been replaced by new legislation which, according to the British government, provides greater oversight.

According to the Evening Standard, Jim Killock, executive director of the Open Rights Group, stated that

The court has set out clear criteria for assessing future bulk interception regimes, but we believe these will need to be developed into harder red lines in future judgments if bulk interception is not to be abused. As the court sets out, bulk interception powers are a great power, secretive in nature, and hard to keep in check.

We are far from confident that today’s bulk interception is sufficiently safeguarded, while the technical capacities continue to deepen. GCHQ continues to share technology platforms and raw data with the USA. This judgment is an important step on a long journey.

How To Start Taking Control Of Your Data – Essential Privacy Tools