Cybersecurity and Biology: Biomimicry and Innovation Inspired by Nature

Since digital systems have been built to well, mimic the way live systems function and behave (and malware also mimics the way a virus infection or disease behaves life), cybersecurity and biology have more in common than you’d think. Here’s how we can take a fresh look at this congruence by exploring the concept of biomimicry.

When it comes to ecosystems, our information technology ecosystem is very, very young (for example, the global internet is only about 30). Our planetary ecosystem, however, is well over 3 billion years old.

That’s 3-plus billion years of evolutionary innovation and natural intelligence that has inspired countless breakthroughs in the world of design — and that is now being tapped for game-changing new ideas in the high-stakes world of information security.

So, what can such creatures as the humble ant teach us about cybersecurity? Or for that matter, the chameleon or the Bornean moth?

Cybersecurity and Biology. The Idea of Biomimicry

Welcome to the fertile field of biomimicry which, according to Smithsonian Magazine (“How Biomimicry is Inspiring Human Innovation”), hinges on the notion that “we human beings, who have been trying to make things for only the blink of an evolutionary eye, have a lot to learn from the long processes of natural selection, whether it’s how to make a wing more aerodynamic or a city more resilient or an electronic display more vibrant.”

Or in the case of cybersecurity, to make information systems and defenses more secure, resilient, adaptable and secure.

The millions of species and organisms that have inhabited this planet far longer than humans have learned to adapt to life on earth uniquely, gracefully and sometimes with astonishing brilliance. As science author and biomimicry expert Janine Benyus put it, “they are our elders” so why not learn as much as we can from their “3.8 billion years of research and development.”

What is Biomimicry? [Several Definitions] 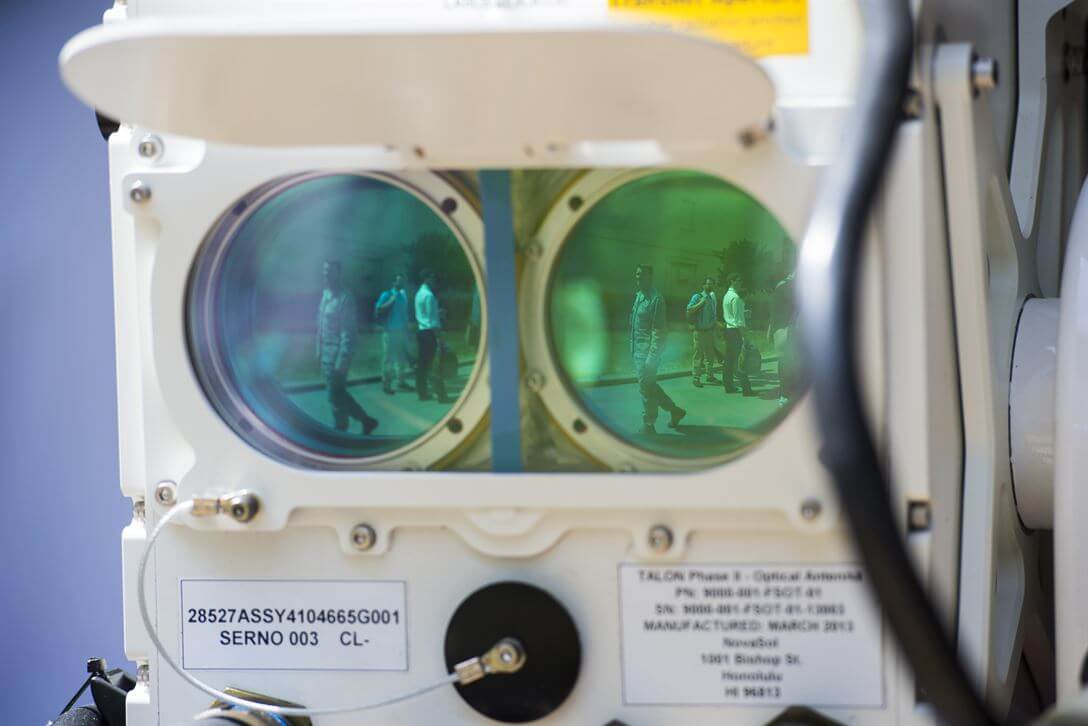 While not a familiar term to all, humankind has used biomimicry from the time we started wearing animal skins for warmth.

“One of the most often-cited examples is Velcro, which the Swiss engineer Georges de Mestral patented in 1955 after studying how burs stuck to his clothes,” according to the Smithsonian report. In other examples, “a fan-created by Pax Scientific borrows from the patterns of swirling kelp, nautilus and whelks to move air more efficiently. A saltwater-irrigated greenhouse in the Qatari desert will use condensation and evaporation tricks gleaned from the nose of a camel.”

One of the best and simplest ways to think of biomimicry is “innovation inspired by nature.”

The term is believed to have been coined in 1982 and popularized by Janine Benyus in her 1997 book titled, you guessed it, “Biomimicry: Innovation Inspired by Nature.” Among the countless examples, she cites is the Wright brothers employing biomimicry by observing pigeons and vultures and using them as inspiration in the creation of the first airplane.

“Our most clever architectural struts and beams are already featured in lily pads and bamboo stems. Our central heating and air-conditioning are bested by the termite tower’s steady 86 degrees F. Our most stealthy radar is hard of hearing compared to the bat’s multifrequency transmission. And our new ‘smart materials’ can’t hold a candle to the dolphin’s skin or the butterfly’s proboscis. Even the wheel, which we always took to be a uniquely human creation, has been found in the tiny rotary motor that propels the flagellum of the world’s most ancient bacteria,” she writes.

In addition to her books, Benyus has delivered multiple Ted Talks on the topic including: “Biomimicry’s Surprising Lessons From Nature’s Engineers” and “Biomimicry in Action.”

Here is how two of the leading organizations devoted to the study and advancement of biomimicry define the art and science of innovation inspired by nature.

“Biomimicry is an approach to innovation that seeks sustainable solutions to human challenges by emulating nature’s time-tested patterns and strategies.” – Biomimicry.org

“Biomimicry is learning from and then emulating nature’s forms, processes, and ecosystems to create more sustainable designs.” – Biomimicry.net

Biomimicry in Cyber Security: Digital Ants to the Rescue 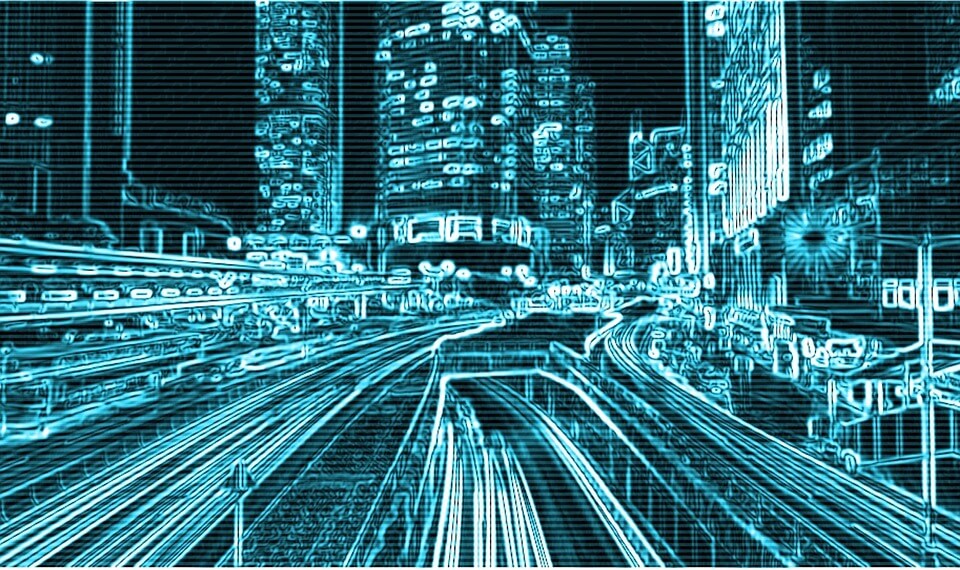 Creating analogies between cybersecurity and biology is not exactly new. Since the very advent of cybersecurity, experts have diagnosed the spread of malware in terms inspired by biology, such as ‘virus‘, ‘infection‘, ‘epidemic‘ and so on. But biomimicry is a more refined and accurate research field which may be just what cybersecurity approaches need right now for a greater focus. A fresh point of view is also always welcome, if only for avoiding a monoculture approach.

OK, so what can the humble ant teach us about cybersecurity?

Well, ants are known to work collaboratively to accomplish such tasks as building, defending and repairing their nests. According to a Wall Street Journal article by JR Reagan, global chief information security officer for Deloitte (“The Nature Lover’s Guide to Cyber Security”), cybersecurity researchers are applying this type of “swarm intelligence.”

In one project which beautifully blends cybersecurity and biology, so-called “digital ants” monitor systems for anomalies such as malware. The ants drop “markers” where unusual activity occurs, similar to the pheromonal markers ants place along paths to food. When the markers at a given location exceed a certain threshold, an alarm is triggered to alert human cybersecurity specialists.

The chameleon fools predators by changing colors to blend in with its surroundings, rendering itself nearly invisible. In cybersecurity, a practice called steganography disguises sensitive data to make it look like something else, say a picture of a flower or a music file.

“Borrowing from the natural world to safeguard a virtual one” may seem paradoxical, writes Reagan. “But humans have engaged in biomimicry for eons. … Now, as then, we may find some of the best solutions to our problems on nature’s path.”

Potential cybersecurity and biology combo strategies are also offered by the tale, or rather tail, of the lizard — a creature that easily sheds its tail when attacked in order to protect its more vital organs.

The Harvard Business Review, in an article titled “Defeat Hackers with Biomimicry,” explains how this concept can be adapted to cybersecurity. “There may be sacrificial systems or information you can offer up as a decoy for a cyber-predator, in which case an attack becomes an advantage, allowing your organization to see the nature of the attacker and giving you time to add further security in the critical part of your information infrastructure.”

The belief that biomimicry is crucial to the future of cybersecurity is taken a step further in a piece penned by a biomimicry expert and a cyber CEO. In “Only Biomimicry Will Save Cybersecurity,” Idriss Aberkane and Stuart McClure write that biomimicry may even offer the promise of developing something resembling a virtual immune system.

“Deep learning mimics nature: Looking at the Internet as an organism, we can attempt to copy the way organisms ensure their internal security“, they write. “Tomorrow’s security software will evolve as a predator-prey dynamic system, with each software population acquiring new characteristics until the entire system stabilizes its software diversity the same way an ecosystem stabilizes its biodiversity.”

Finally, while not speaking specifically about biomimicry, another tech visionary also seemed to grasp the potential for applying the study of living organisms to the world of computers (thus successfully blending the best of cybersecurity and biology). Apple founder Steve Jobs, once said, “I think the biggest innovations of the 21st century will be at the intersection of biology and technology. A new era is beginning.”

Michelle Moore, Ph.D., is an academic director and adjunct professor for the University of San Diego’s innovative, online Master of Science in Cyber Security Operations and Leadership program. She is also a researcher, author and cybersecurity policy analyst with over two decades of private-sector and government experience as a cybersecurity expert.