AI Neural Network Is Like a Digital Model of A Brain. Find Out How It Can Take Us Further.

After being interested and also studying a bit of Psychology and Neuroscience in my free time, I came to believe that the human brain is one of the most amazing things in the world – it made us the dominant species and allowed all the progress we have achieved, in so many areas. It’s no wonder that, at some point, people tried to find out if parts of the human brain model can be applied to machines. In this article, we’ll look at concepts like artificial intelligence (AI), machine learning (ML) and AI neural network and check how they answer the famous Can machines think? question.

In order to define AI, we must first define the concept of intelligence in general. A paraphrased definition based on Wikipedia is:

Intelligence can be generally described as the ability to perceive information and retain it as knowledge to be applied towards adaptive behaviours within an environment or context.

While there are many different definitions of intelligence, they all essentially involve learning, understanding, and the application of the knowledge learned to achieve one or more goals.

It’s therefore a natural extension to say that AI can be described as intelligence exhibited by machines. 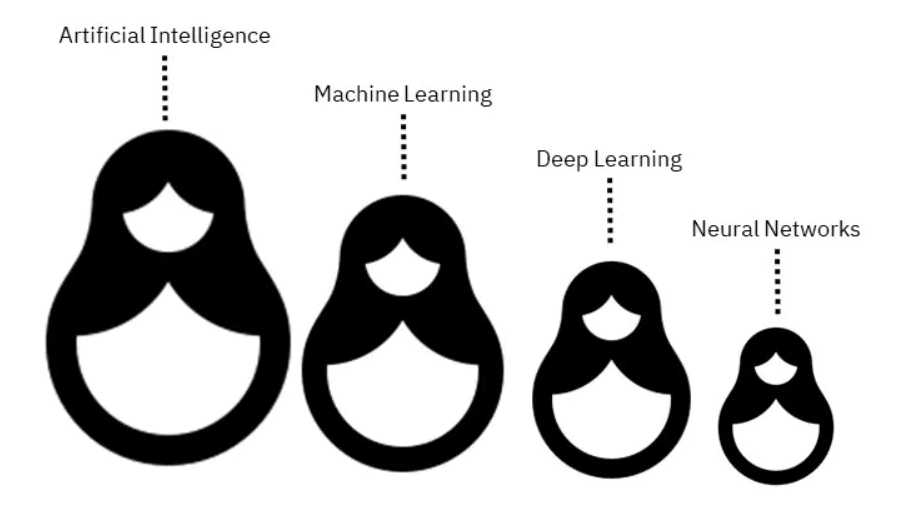 The inner workings of the human brain are often modelled around the concept of neurons and the networks of neurons known as biological neural networks. According to Wikipedia, it’s estimated that the human brain contains roughly 100 billion neurons, which are connected along pathways throughout these networks. […] neurons interact and communicate with one another through an interface consisting of axon terminals that are connected to dendrites across a gap (synapse)[…].

[…] a single neuron will pass a message to another neuron across this interface if the sum of weighted input signals from one or more neurons (summation) into it is great enough (exceeds a threshold) to cause the message transmission. This is called activation when the threshold is exceeded and the message is passed along to the next neuron. 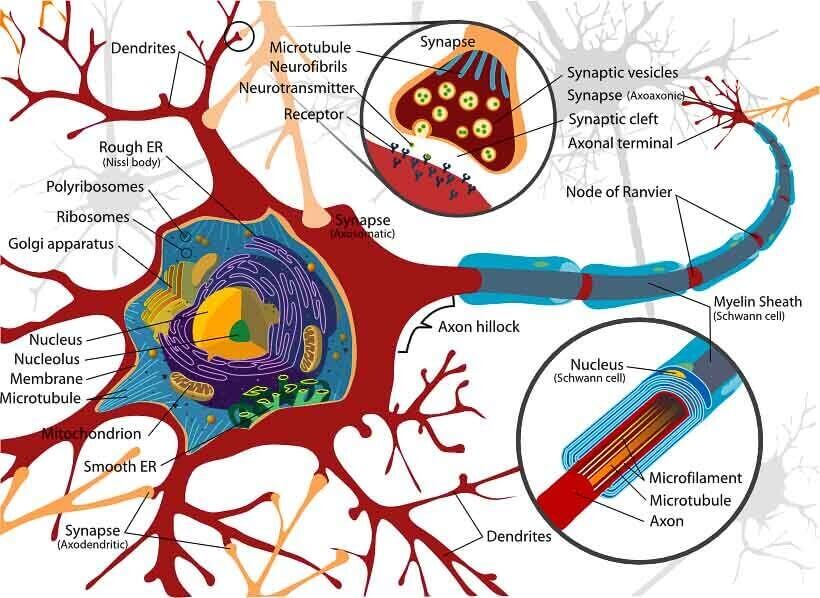 The ‘thinking’ or processing that our brain carries out and the subsequent instructions given to our muscles, organs, and body are the results of these neural networks in action. In addition, the brain’s neural networks continuously change and update themselves in many ways, including modifications to the amount of weighting applied between neurons. This happens as a direct result of learning and experience. Given this, it’s a natural assumption that for a computing machine to replicate the brain’s functionality and capabilities, including being ‘intelligent’, it must successfully implement a computer-based or artificial version of this network of neurons.

Consequently, an AI neural network is

the piece of a computing system designed to simulate the way the human brain analyzes and processes information. It is the foundation of artificial intelligence (AI) and solves problems that would prove impossible or difficult by human or statistical standards.

An AI neural network is

composed of multiple nodes, which imitate biological neurons of the human brain. The neurons are connected by links and they interact with each other. The nodes can take input data and perform simple operations on the data. The result of these operations is passed to other neurons. The output at each node is called its activation or node value. Each link is associated with weight. ANNs are capable of learning, which takes place by altering weight values. 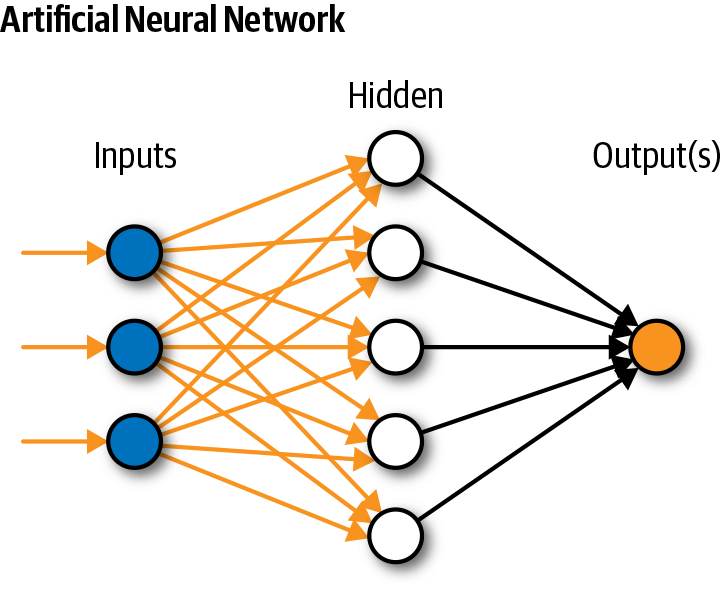 In 1954, computational machines were used for the first time to simulate a Hebbian network. After many other key moments (1958, 1960, 1970, 1975, 1982, 1992, 2006), a network created in 2012 “learned to recognize higher-level concepts, such as cats, only from watching unlabeled images. Unsupervised pre-training and increased computing power from GPUs and distributed computing allowed the use of larger networks, particularly in the image and visual recognition problems, which became known as <<deep learning>>”.

As you can correctly expect, AI neural networks can also be particularly useful in cybersecurity.

In our case, the AI neural network stays at the base of our suite and can be found, for example, in our Heimdal™ Threat Prevention for network and endpoint solution.

Heimdal™ Threat Prevention includes the DarkLayer GUARD™ and VectorN Detection™ modules, which have AI at their core. DarkLayer GUARD™ is fueled by our AI-driven “Character-Based” Neural networks intelligence and has a 96% accurate ability to predict tomorrow’s threats today.

The DarkLayer GUARD™ endpoint engine, the world’s most advanced Endpoint DNS threat hunting tool works in tandem with our VectorN Detection™’s AI-based traffic pattern recognition engine to give you HIPS/HIDS and IOA/IOC capabilities and spot hidden malware, completely autonomous of code and signature, as well as processes, users, URLs and attacker origins used to infiltrate your network.

There are two types of AI neural networks: FeedForward and FeedBack.

A FeedForward AI neural network is characterized by a unidirectional flow:  “A unit sends information to another unit from which it does not receive any information. There are no feedback loops. They are used in pattern generation/recognition/classification. They have fixed inputs and outputs.”

In the case of FeedBack AI neural networks, feedback loops appear and are used in content-addressable memories.

Whether we talk about a FeedForward AI neural network or a FeedBack one, neural networks bring the following advantages to the table: 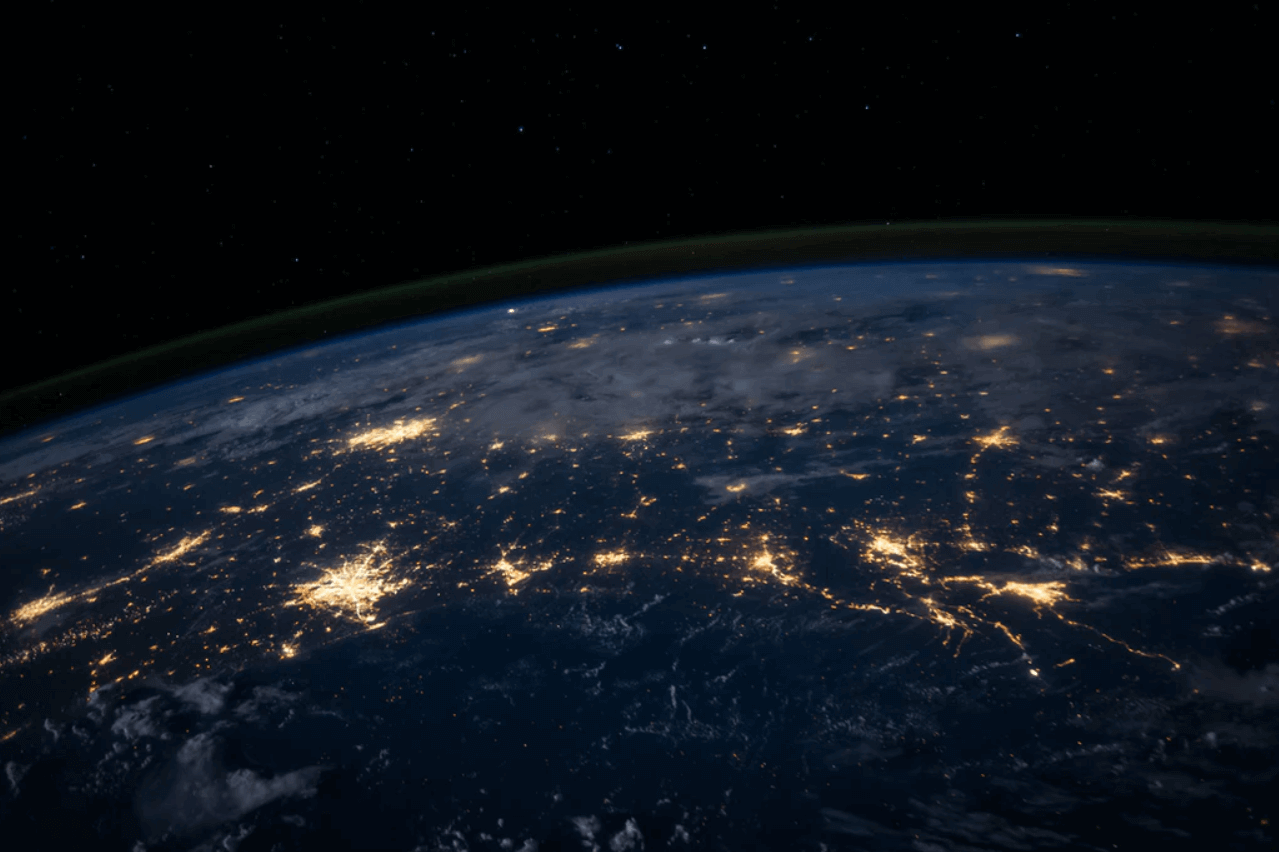 Since AI neural networks need to be trained to learn, various learning strategies have been developed:

This learning strategy is used for pattern recognizing: the AI neural network comes up with guesses and a teacher provides it with the correct answers. After this, the neural network compares its guesses to the right answers and makes the necessary adjustments.

Unsupervised learning is necessary when there is no example data set with known answers, like in the case of searching for a hidden pattern.

Reinforcement learning is a strategy built on observation. In this case, AI neural networks make decisions by observing their environment: “If the observation is negative, the network adjusts its weights to be able to make a different required decision the next time.”

AI neural networks can be of great help in many industries, but it’s fair to say that they also have a few limitations or disadvantages:

One of the biggest challenges of AI neural networks is the amount of time and data necessary for their training. Experts also require great computer power for such complex tasks. When it comes to data, an AI neural network strictly depends on the specific information of the system under study.

Another aspect that can be considered a disadvantage of AI neural networks is the fact that the results they generate are derived from a type of mathematics that are generally not very known or understood. Because there is no statistical interference component, we cannot look back at the process and understand how results were derived.

However, AI neural networks are also used for diagnosis or causality problems, which could bring some issues:

From an economic perspective, when you distort the underlying logic to try and solve a problem you have to spend more time developing the algorithm, your chances of error increase and you’re adding significant cost to the solution.

The AI neural network represents the core of artificial intelligence and, despite its few limitations, will continue to move us forward and have various significant impacts on our modern society.

Drop a line below if you have any comments, questions or suggestions regarding this topic of the AI neural network – we are all ears and can’t wait to hear your opinion!

Can AI Win the Battle for Cybersecurity Companies?